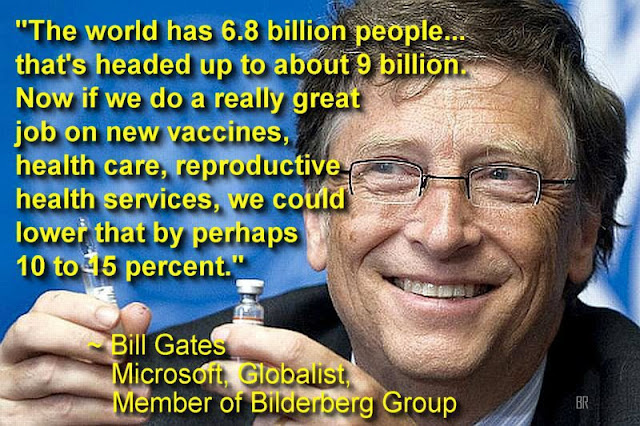 It’s pretty obvious from following the blog here that many of the contributors are not favourable to vaccination as a system of ‘medicine’.  Bill Gates finds it a great way to sterilise billions of people, reduce their IQ and condemn millions to either paralysis, illness or autistic syndromes.   In the two days following a vaccination, the killer blood cells can decide to kill off damaged brain cells.  The effects can range from IQ reduction to instant death.  Those who want to get well, and be healthy need to find other ways, it seems.

First port of call, once you’re fed up with being asked the many times repeated mantra of NHS practitioners, viz. ‘are you up to date with your vaccinations?‘ has to be the osteopath for kids, or a chiropracter for adults.  Getting your ‘palpations’ running well,  improves mood, posture and your immune system.

This will stop you from getting ill or predispose you to getting well again if struck down.  As regards health, I could mention things like diet (caveman is best), clean water (proper filters costing £1000 not the things you buy in Boots) and moderate exercise, but here I’m asking who are the best health assistants to either prevent illness, or alleviate illness and get you over it.

After the osteopath, you could consider acupuncture.  It is said to be able to cure things.  In my experience it is incredible at getting you over physical injuries, or helps a lot with insomnia.  I found Chinese herbs bought me time with my illness a few years ago, but they didn’t effect a cure.  The practitioner that will help you recover from illness the best is surely the homeopath.

I am currently looking into this and am going to see a homeopath in the coming days.  I am told he will equip us with a range of homeopathic cures which we will select from and administer when illness strikes.  An illness that might last a week could be over in hours, according to one adviser I met.  Is this why the queen has her own private homeopath?  You can be sure she won’t be taking any of Bill Gates’ brain-killing vaccinations any time soon, or the other members of her family.

Does anyone reading here have any experience of either osteopathy or homeopathy?  Are there any other kinds of cure that are kept away from the public at large?

My experience of illness shows that diet saves your life – magnesium for your heart, B17 Novodalin in the west/ or guyabano leaf water in hotter climes for a cancer patient.  But crucially in my case so was getting toxins out a crucial step in the process of recovery.  That required chelation and years of sweating either in saunas, or keeping the aircon switched off.  It’s like an account, good stuff (+) to go in, bad stuff (-) to come out, and the picture gets better over time.

AS FOR REPLACING ANTI-BIOTICS, which are approaching the end of their usefulness, as resistance to them grows, here’s another idea.

According to a new proof-of-principle study,1 blue light can selectively eliminate infections caused by Pseudomonas aeruginosa. According to lead researcher Michael R. Hamblin of the Massachusetts General Hospital:2

“Microbes replicate very rapidly, and a mutation that helps a microbe survive in the presence of an antibiotic drug will quickly predominate throughout the microbial population. Recently, a dangerous new enzyme, NDM-1, that makes some bacteria resistant to almost all antibiotics available has been found in the United States. Many physicians are concerned that several infections soon may be untreatable.

In the study, lab animals were infected with P. aeruginosa. Incredibly, ALL of the animals treated with blue light survived while 82 percent of the controls died. Could this possibly be the beginning of a whole new treatment paradigm for infections? Clearly, we’re nearing the end of the road of the antibiotic era, as antibiotic-resistance spreads.
Blue light therapy has also been shown effective against MRSA and other resistant bugs, offering new hope for effective treatments.
In a previous study published in 2009,3 over 90 percent of community acquired and hospital acquired strains of MRSA were successfully eradicated within mere minutes of exposure to blue light. According to the authors:

“These significant levels of photo-destruction at low dosages indicate that irradiation with 470nm LED light energy may be a practical, inexpensive alternative to treatment with pharmacological agents, particularly in cases involving cutaneous and subcutanious MRSA infections that are susceptible to non-invasive types of radiation.”

Here, the word “radiation” does NOT refer to ionizing radiation but rather the emission of energy from an LED light source – here within the blue light spectrum, which has a range of 450-495 nanometers (nm). (The study in question used 470nm blue light).
Natural sunlight will expose you to the full light spectrum from 415-660nm light, which encompasses the entire spectrum of colors: violet, blue, green, yellow, orange and red.

I would go to a homeopath now if I got something, though since she has twice sorted me out on really weird things very quickly, I have been pretty healthy. I would suggest going on recommendation. It’s worth the money, it saves you more than you spend, by improvement to your health.

And you sometimes only need one visit.

It’s generally good to see the homeopath to get a good prescription. Unless you are really clued up, or the problem is a simple recognisable one, you may not analyse it correctly yourself.

You pay for their skills, the actual pills are really cheap. The other problem with online ordering is that you may get low quality pills with extra stuff added, unless you know what you are doing.

16 Responses to “If not vaccination and anti-biotics, then what?”