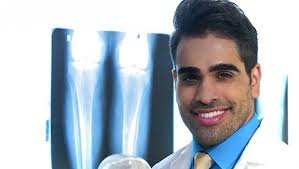 TAP – This one even smiles while he’s doing it.  Dr Ranj from cbeebies.  All charm, but why do kids need health industry propaganda on prime time TV? Surely advice as to how to lead a healthy lifestyle is more relevant to kids than explanations about complex medical interventions, which are offered as the only solution.  Money, I guess.
Tap here’s the vaccine autism answer from Woody Monte
The methanol in aspartame does its damage by converting into formaldehyde within vulnerable cells in the body….in particular the vermis of the cerebellum of the developing infant brain.  When protein in the child’s brain is attacked by this formaldehyde it can change in such a way as to signal to activated white blood cells (macrophages) in the child’s blood that the protein has been damaged in such a way as warrant being destroyed by these important blood cells.
Vaccination is known to increase greatly the number and activity of these macrophages in a child’s blood thus increasing greatly the chances of them attacking the tissue of the child’s brain within a day or so after vaccination.

You can quote me!

And your message I’ve been put on the stoneage diet – nothing that wasn’t around in the stone age can be eaten or drunk.
This is definitely the safest way to go – my own statement for years has been “They are trying to kill you slowly and screw you for the health dollar on the way through!”
quoted from Woody’s webmaster, Ngaire, not Woody himself.
EARLIER POST from Woody on aspartame