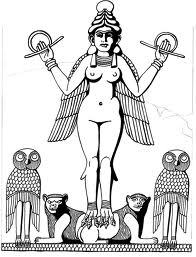 Ishtar was keen on a bit of the other, hence her normal depiction in the nude.

Easter derives from Ishtar, many people are saying in social media this weekend.  Who was Ishtar?

She was an Annunaki deity, one of the pantheon of twelve gods.  She helped to shoe in Marduk as God of Babylon, Egypt and a few other places, earning her endless gratitude and remembrance in the name of the fertility celebrations at this time of year, around the Spring Equinox.

Marduk was ‘the absent God’ in Egypt, as he hung out in Babylon.  He was referred in Egypt to as ‘Amen’, meaning absent god.

Our Annunaki past has been hidden behind the teaching of modern history which never looks earlier than ancient Greece.  Funny how all our key names and words still go back to our true origins.   Yet if you try telling anyone that Ishtar, Marduk and all were around for hundreds of thousands of years, and were from the group of extraterrestrials that created us on Erid, their word for Earth (same word), meaning ‘far from home’, you’d get laughed at.

We were produced by Ishtar’s relative Ninurta, mixing up Anununaki genes with the sasquatch to create a species ideally suited to working for them as slaves.  Ninurta’s nickname was Mami, from which the world derived Mama, mummy and so on.

Few can take it all in so we better keep quiet, I suppose. 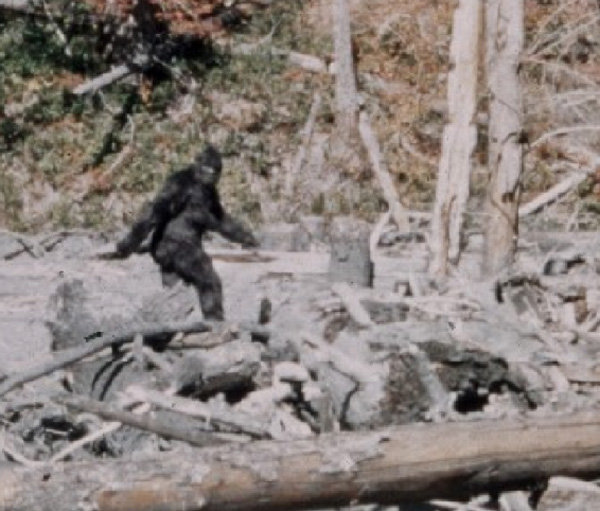 Otherwise read Zecharia Sitchin‘s Twelfth Planet.  Here’s a picture of our true relative on earth.  To ensure we don’t realise who we actually are, they hide away this species and call it a mythical animal.  YEt no one has been able to substantiate Darwin’s Theory of Evolution as far as mankind is concerned.  How did we just appear?