Hi Tap, you may remember this when I bring it to your attention. There is a lot of Background History many might not be aware of that I have tried to bring to your attention at different times. Clinton H. is an Agent of The CIA as Fulford has reported on numerous occasions.

You Won’t Have  Seen Any Of This This Reported In The So Called Free Press.
Here Are Some Background Links, which are highly relevant To Bring You Up To Speed.
This might be a bit disjointed, with typos, as I didn’t have a lot of time to put it together. The figure of $660 Trillion, is a Massive Figure, compared to what is known, or is this Mickey Mouse Money?

The Hidden History Of The Twentieth Century About To Break

Well would you believe it? Gold is not rare at all!

There have been & are many Key Players in This Story. Some of whom I will mention, The rest you will find in The links if you are interested. Christopher Story was A Top Flight Investigative Journalist, who met an untimely end, possibly at the hands of The Cabal. A White Dragon CIA Agent was also Tortured to Death when they tried to extract from him the whereabouts of The MULTI TRILLION$ GLOBAL SECURITY FUND, when he was investigating Corruption in High Places. Which lead him very early on to LEO WANTA. & The ……DVD ….Secret Underground Cabal,. & NEIL KEENAN.

THE 27.5 TRILLION DOLLAR MAN FINALLY SPEAKS
Who is Leo/Lee Wanta? Why does he have two first names? If you do an Internet search using either of his names, you may get in excess of two million hits (depending on your search engine). Many readers are familiar with Wanta. He’s the $27.5 trillion man referred to by international journalists Tom Heneghan, Tom Flocco, Greg Szymanski, Christopher Story – and me. In a NewsWithViews column, “How High Will the Financial Fraud Reach?” I provided a link to an article about Lee Wanta by Don Nicoloff from the January 2007 Idaho Observer. An article by a Harvard Ph.D. and former Wharton Professor of Economics, Dr. J. Orlin Grabbe, titled “The Big Wedding,” can also be found at that same site.

THE WHOLE WORLD AT THE HIGHEST LEVEL KNOWS IN DETAIL ABOUT THIS U.S. CORRUPTION AND CRIMINAL FINANCIAL TERRORISM CRISIS, NOT LEAST FROM THIS WEBSITE. THEY RIGHTLY REGARD THE UNITED STATES AS AN ARROGANT, RUTHLESS PARIAH STATE THAT IMAGINES IT CAN DO WHAT IT PLEASES AS IT DESTROYS ITSELF
• LIENHOLDERS HAVE SEIZED CONTROL OF BANK OF AMERICA, CHARLOTTE, NC., AND OF DEUTSCHE BANK, FRANKFURT AND HAVE CLEANED OUT THE SABOTEURS: SEE BELOW
• HER MAJESTY THE QUEEN SIGNED THE NECESSARY PAYOUT DOCUMENTS, AS EXPECTED, DURING HER VISIT TO NEW YORK. SHE WAS DOUBLE-CROSSED BY BUSH SR.
• SEE KEY POINTS BELOW AND CONFIRMATION IN ATTORNEY-AT-LAW A. CLIFTON HODGES’ LETTER TO THE BRITISH CHANCELLOR OF THE EXCHEQUER, GEORGE OSBORNE, DATED 8TH JULY 2010. THIS LETTER CONFIRMS ALL OF THE KEY POINTS OUTLINED BELOW.
In May 1992, he was approached by KGB defector Anatoliy Golitsyn, who supported Story’s analysis in Soviet Analyst, and handed over to Story his memoranda to the CIA, which Story edited and published as The Perestroika Deception in 1995.
In 2002, Story published The European Union Collective, which applied Story’s analysis to the European Union.
Christopher was a man of principle, ethics, loyalty and above all integrity and so in integrity to his principles and integrity speculation is entirely apposite.
Consider Christopher’s chosen swimming pool and the size of some of the sharks therein – of course it is entirely possible that his demise was not entirely without suspicion and the probability that he had made enemies both willing and able to administer the correct toxins is entirely probable, not just possible.
In 2002, Story published The European Union Collective, which applied Story’s analysis to the European Union.
He is also critical of the German intelligence establishment, pointing out its Nazi origins.
In the book, he equates the current situation in Europe to the Molotov-Ribbentrop Pact before World War II
He describes both world wars as “the two Illuminati Wars.”
He also claims that former British Prime Minister Edward Heath was “recruited by the Nazis before the war” and was an agent of the “the secret Nazi strategic continuum since exposed as the Deutsche Verteidigungs Dienst (DVD), Dachau.”
Other historical parallels, according to Christopher Story, include:
• 9/11 = the Reichstag Fire;
• What he describes as the unprovoked invasion of Iraq (a bank raid) = Hitler’s invasion of Czechoslovakia;
• What he describes as the US Generals’ feckless inactivity in the face of this madness = the ambivalence of General Alfred Jodl and the German General Staff;
• The threat to attack Iran = Hitler’s intended aggression against Poland.
Story was most recently writing a book on the Wanta crisis. (See Leo Wanta). Originally a staunch supporter of the controversial CIA operative, Story started in 2008 to expose Leo/Lee Emil Wanta as a consummate professional deceiver in a series of articles posted on his website www.worldreports.org.
Christopher’s work was based upon ‘floating an idea’ with a view to see what ripples and splashes might be noted!
Gossip in the intel. world would have us believe that 41 authorised the sanction and CIA sources lay ultimate blame at the door of the DVD.
That Bush is widely attributed then it seems clear that Obama is unlikely to have clean hands as we must remember the sourcing of much of his funding has been through high level ‘deals’ with the utterly amoral money men, such as George Soros who many will be aware has shorted a number of today’s ‘difficult’ currencies. It is always usefull to have a ruthless and unscrupulous Billionaire on side!  ………
IF it were to be established this was a State execution the enormity of what lies behind it must reasonably be seen as to vie, in importance, with that of Lincoln, Arch Duke Ferdinand, JFK, Tsar Alexander or similar as it is of global significance as it may provide the cover for the secretion of the Wanta funds and the missing Taiwanese money of Chiang Kai-Shek, from the Nankin Dynasty formerly controlled by Dr. Sun Yat-Sen and so promptly deposited in the West to avoid invasion by Mau Tse Dung
It is such $Trillions that Christopher tracked exposing those who sought to steal it.
This is a man who deserves reinterment with State honours at his alma mater Christ Church, or at least a well publicised memorial service.
Astonishingly Christopher was for all his intellect a very humble and self effacing man nervous in a crowd and near terrified of a public platform – a devout Christian sufficiently convinced that he had absolutely no insecure need to either boast of it or seek to convince others.
Edward Harle’s (Christopher Story’s) last report:
U.S. CADRES TOO COWARDLY, WEAK AND FECKLESS TO ARREST BUSH SR. FOR FINANCIAL TERRORISM AND OPEN-ENDED WANTON MAFIOSO SABOTAGE
Saturday 10 July 2010 00:01
NEW INFORMATION: 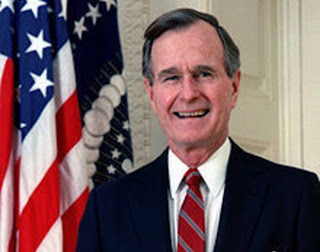 CIA/MI6.OBAMA/BUSH SR./CHENEY ORDERED CHISTOPHER STORY’S ASSASSINATION
AND ARE SUPRISED AND TERRIFIED THAT HE IS NOT DEAD
OBAMA AND BUSH ‘SPOKEN TO’ BY MEN WITH GUNS
• When ‘President’ Barack Hussein Obama touched down on the White House Lawn at 5:30pm on 9th July, he was ‘spoken to’. Enquiries by this service confirm that those doing the ‘speaking’ were not Secret Service operatives. On the contrary they were men with guns.
• Within the past 24-30 hours, private citizen George Godfather H. W. Bush Sr. has likewise been ‘spoken to’ twice. The people doing the ‘speaking’ were men with guns.
• The Chinese have had enough and are ready to take drastic lethal measures.
• Private citizens George H. W. Bush Sr. and Neil Bush think they are immortal and can take the loot they are blocking to the grave.
• Obama, who answers to the private citizen George H. W. Bush Sr., is saying he’s a ‘national citizen’. In order to be President of the United States, under the Constitution and the Soldiers and Sailors Act, you have to be a NATURAL citizen born in the United States or born in a US military family serving abroad.
CIA/CHENEY/MI6/OBAMA/BUSH SR. HAVE ATTEMPTED
TO ASSASSINATE CHRISTOPHER STORY
A detailed report on this assassination attempt and the horrible illness inflicted on the Editor as a consequence will be published as soon as feasible.
•We now have proof that the CIA/MI6/Obama/Bush/Cheney issued an assassination order against this Editor. We have proof that they are suprised that the Editor is not dead.
• THE WHOLE WORLD AT THE HIGHEST LEVEL KNOWS IN DETAIL ABOUT THIS U.S. CORRUPTION AND CRIMINAL FINANCIAL TERRORISM CRISIS, NOT LEAST FROM THIS WEBSITE. THEY RIGHTLY REGARD THE UNITED STATES AS AN ARROGANT, RUTHLESS PARIAH STATE THAT IMAGINES IT CAN DO WHAT IT PLEASES AS IT DESTROYS ITSELF
• LIENHOLDERS HAVE SEIZED CONTROL OF BANK OF AMERICA, CHARLOTTE, NC., AND OF DEUTSCHE BANK, FRANKFURT AND HAVE CLEANED OUT THE SABOTEURS: SEE BELOW
• HER MAJESTY THE QUEEN SIGNED THE NECESSARY PAYOUT DOCUMENTS, AS EXPECTED, DURING HER VISIT TO NEW YORK. SHE WAS DOUBLE-CROSSED BY BUSH SR.
• SEE KEY POINTS BELOW AND CONFIRMATION IN ATTORNEY-AT-LAW A. CLIFTON HODGES’ LETTER TO THE BRITISH CHANCELLOR OF THE EXCHEQUER, GEORGE OSBORNE, DATED 8TH JULY 2010. THIS LETTER CONFIRMS ALL OF THE KEY POINTS OUTLINED BELOW  ……..
Which Brings Us On To CLINTON RODAM H, Links:-

Hillary Rodham Clinton has been placed under house arrest.

Many Other Search Links Related To These Articles appear To Have Been Deactvated. If That Means Anything!
REGARDS  …………..  WASP
The Tap Blog is a collective of like-minded researchers and writers who’ve joined forces to distribute information and voice opinions avoided by the world’s media.