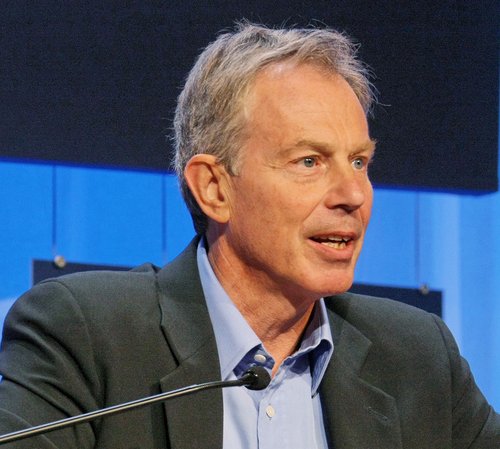 The criminal walks free while innocents rot in jail.

Blair bombed the Belgrade TV station.  Three days later Jill Dando was murdered.  A hit man was overheard boasting of his successful mission in a Serbian pub by two British pilots.  They answered UK media announcements asking for witnesses to come forward to find Dando’s killers.  They spent the next ten years behind bars fixed up for a drugs heist at a small British airport.  Although now free (still under threat), they lost all those years for trying to do the right thing.  Barrie George was fitted up with dando’s murder.  No compensation, of course.

Man cleared of killing Jill Dando loses battle for a £500,000 payout: Judges rule that another jury could have found him guilty No compensation: Barry George was acquitted of murder
The man sensationally acquitted of murdering Jill Dando yesterday lost his High Court bid for compensation – on the grounds that another jury could have found him guilty.
Two judges ruled Barry George, who spent eight years in jail before being cleared of the TV presenter’s killing at a retrial, was not eligible for up to £500,000 as a victim of a ‘miscarriage of justice’.
Lawyers for the convicted sex offender claimed that the Justice Secretary  had unfairly and unlawfully decided  Mr George, 52, was ‘not innocent enough to be compensated’.
But in ruling that Mr George had ‘failed the legal test’ for an award, Lord Justice Beatson and Mr Justice Irwin said the minister who had opposed his compensation bid was ‘entirely justified in the conclusion he reached’.
They added: ‘There was indeed a case upon which a reasonable jury, properly directed, could have convicted the claimant of murder.’
Crimewatch presenter Miss Dando, 37, was shot outside her home in Fulham, south-west London in April 1999.
The murder prompted an enormous inquiry by Scotland Yard and resulted in unemployed loner Mr George being convicted in July 2001.
He was granted a retrial on appeal, and received a unanimous acquittal by a jury in August 2008.
Mr George then made a  claim for compensation for lost earnings and wrongful imprisonment, but this was rejected in January 2010.
He went to court again to seek a reconsideration of his case, which could have opened the way for him to claim as much as £500,000.
His barrister, Ian Glen  QC, insisted that the original decision to refuse compensation was ‘defective and contrary to natural justice’, arguing that for more than 30 years, those acquitted on retrials in similar circumstances had been compensated. Shot dead on her own doorstep: BBC presenter Jill Dando was 37 when she was murdered in London in 1999

Jill Dando was Interferring within Areas she probably didn’t understand “AID FOR COSAVO.” She was too High Profile, so she was taken out. Barrie George was fitted up as you stated. I gave this expanation a year or so ago, & suggested reading reading, Vatican Holocaust by Avro Manhatten, would Exemplify this statement.

Slavko Ćuruvija (a Serb journalist and critic of the then Jugoslav government) was shot in the head outside his Belgrade home just 5 days before the killing of Dando. In March 2012, his widow Branka Prpa claimed that both her late husband and Dando were ‘executed’ by a Serbian hitman in revenge attacks.

I gave a Pdf link, I believe, if it hasn’t been scrubbed, so here are two again, at least one should work