There’s an alternative radio broadcaster going in New Zealand called Vinny Eastwood.  His show is titled ‘The lighter side of genocide’.  It even rhymes.   He appeared with David Icke when he visited NZ last year.  His icons give you the picture. 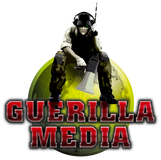 Remember to laugh at the truth, he says.

I would imagine this is a better way to get people to understand what’s happening than the more serious approach taken by most of us.  Icke uses a lot of humor.  His show was close to stand-up comedy at Wembley.  Vinny’s 26 years old.  He got fired from his job for speaking out on the things he saw that were wrong, and found he couldn’t get another job at interview after interview.  He then decided that New Zealand needed an alternative media.  He’s been going just three years and now has a huge following.

One Response to “The lighter side of genocide”