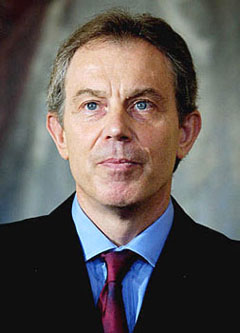 High Level Masons such as Chief Superintendent Gordon Angelsea and at least 12 of his colleagues were “let off the hook” for sexual abuse crimes on children (some of who are now dead) in the North Wales Paedophile Ring Cover-Up.
High Level Government Masons such as Lord McAlpine, ex aid to Margaret Thatcher, was accused by numerous children of sexual crimes in the North Wales Child Abuse Cover-Ups. He escaped public exposure by a specifically appointed Masonic Paedophile Judge,Lord Cullen who was appointed to the investigation and “100 year cover up” of Thomas Hamilton’s Mass Murder spree – were BOTH members of the same “boy’s club”.
Thomas Hamilton was the name of the Mass Murderer responsible for the Dunblane Massacre. He was a Freemason.Thomas Hamilton was granted a gun licence by his Masonic “brother” Inspector McMurdo, to a amass his arsenal of weapons, even although he was well known to be of “odd character” with paedophilic tendencies.
The two Liaison Officers assigned to the murder investigation of Holly Wells and Jessica Chapman were known to the British Police hierarchy as Paedophiles at least 3 months prior to the investigation, due to Operation Ore.
According to media reports, the names of 2 former Labour Cabinet Ministers said to be `Household names` appear on the `Operation Ore ` list of subscribers to hard-core child pornography. The same FBI investigation, which led to the arrest of rock star Pete Townshend.
So who are they Mr Gordon Brown?
BUT I think we can work that one out for ourselves……see post
http://cuthulan.wordpress.com/2010/01/07/uk-government-blackmailed-into-war-blair-covers-mps-paedophile-ring-and-the-dunblane-massacre/