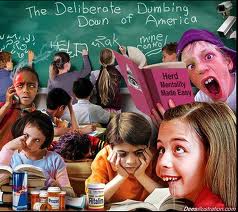 2 Responses to “Humans are getting dumber”