I watched this video from 1967 last night. Those young men, if they survived, would be 65 or so now. You can see how they were controlled to believe in the war they were fighting, by a combination of religion, patriotism, Hollywood culture and the notion of Communism being the big bad enemy, which threatened ‘our’ way of life and had to be fought. Their faces look so young and trusting, as we all are at that age.

It didn’t occur to me to start looking behind the programmes of government until I was mid thirties, and the discovery of what lay behind events like 911, Pearl Harbour, the Gulf of Tonkin didn’t reach me until my mid-Fifties. Looking back through life, you can start to see how the system of mind control, what is referred to sometimes as ‘culture’, works.

The actors and singers in the Show are just as much hoodwinked by the system as the soldiers they’re entertaining in order to keep them in the firing line. It’s a stomach-churning, fascinating piece of history to revisit. I always thought Bob Hope was a great guy who made my mother laugh, and was brave to go to war zones to entertain the troops.

But as with a conjuror, you watch a few times, you can start to see through the tricks. He was part of the control system of war, and the cultural suppression.

We all thought ‘we’ were the free ones. Now we know different. Wall St funded Communism from the beginning. The Vietcong were armed by American money. Yet still today young men are sacrificed by big money in war. They wise up after being put through the experience, and become pariahs of society, classified as ‘potential terrorists’ not permitted to own a gun.

The race is on to disarm America before she awakens and can offer real resistance to the power elites that are running fabricated/manipulated ‘events’ like Sandy Hook, and Pistorius.  It’s sickening to look back at how they tricked people into wars in the past.   Current ‘events’ are no better.  ‘Theatres’ change but the plot is always the same.  It’s hard to keep looking at it all, when we now know the agenda – the crushing of free society, totalitarian state control and the depopulation of the planet.

The Vietnam War is long finished.  Yet today it talks to us more strongly than ever.  They take your trust, use you and destroy you.  It’s time to stop trusting.

Wish13 adds…
Bob Hope was very much a “knowing” part of the Control System as a handler for Project MKULTRA / Project Monarch, and a very good friend of the bastard Henry Kissinger. 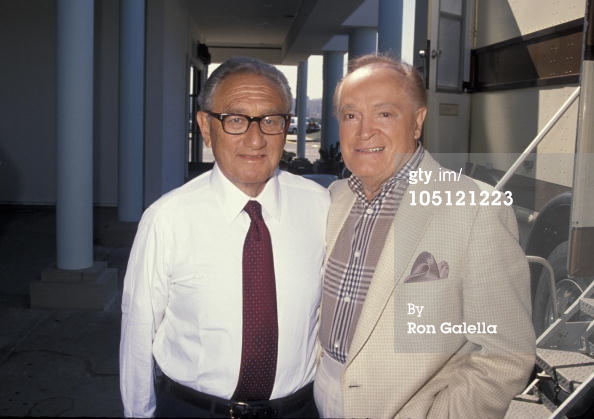 Read the book “Thanks for the memories (The truth has set me free)” by Brice Taylor for more info on this … PDF version: HERE 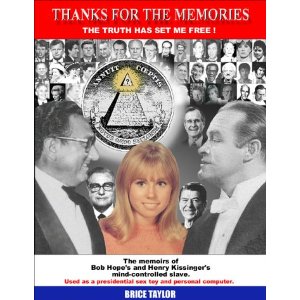