The Agency’s decision to work publicly with Hollywood was preceded by the 1991 “Task Force Report on Greater CIA Openness,” compiled by CIA Director Robert Gates’ newly appointed ‘Openness Task Force,’ which secretly debated –ironically– whether the Agency should be less secretive.

The report acknowledges that the CIA “now has relationships with reporters from every major wire service, newspaper, news weekly, and television network in the nation,” and the authors of the report note that this helped them “turn some ‘intelligence failure’ stories into ‘intelligence success’ stories, and has contributed to the accuracy of countless others.”

It goes on to reveal that the CIA has in the past “persuaded reporters to postpone, change, hold, or even scrap stories that could have adversely affected national security interests” […] 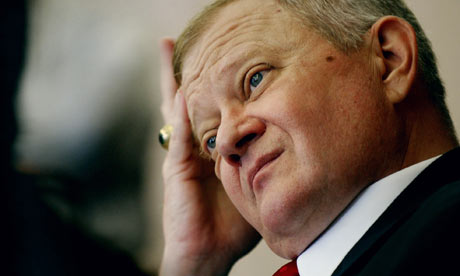 Espionage novelist Tom Clancy has enjoyed an especially close relationship with the CIA.

In 1984, Clancy was invited to Langley after writing The Hunt for Red October, which was later turned into the 1990 film. The Agency invited him again when he was working onPatriot Games(1992), and the movie adaptation was, in turn, granted access to Langley facilities. More recently,The Sum of All Fears(2002) depicted the CIA as tracking down terrorists who detonate a nuclear weapon on US soil. For this production, CIA director George Tenet gave the filmmakers a personal tour of the Langley HQ; the film’s star, Ben Affleck also consulted with Agency analysts, and Chase Brandon served as on-set advisor.

The real reasons for the CIA adopting an “advisory” role on all of these productions are thrown into sharp relief by a solitary comment from former Associate General Counsel to the CIA, Paul Kelbaugh. In 2007, whilst at a College in Virginia, Kelbaugh delivered a lecture on the CIA’s relationship with Hollywood, at which a local journalist was present. The journalist (who now wishes to remain anonymous) wrote a review of the lecture which related Kelbaugh’s discussion of the 2003 thriller The Recruit, starring Al Pacino. The review noted that, according to Kelbaugh, a CIA agent was on set for the duration of the shoot under the guise of a consultant, but that his real job was to misdirect the filmmakers, the journalist quoted Kelbaugh as saying […] Kelbaugh emphatically denied having made the public statement. (Matthew Alford and Robbie Graham, Lights, Camera… Covert Action: The Deep Politics of Hollywood)