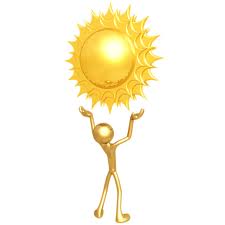 .. we cannot win the war against disease by trying to eradicate microoranisms in a misguided attempt to make certain viruses and bacteria extinct. It doesn’t work that way! When there was an attempt in the past century to kill certain bacteria with widespread use of antibiotics in animals and humans, what happened? The bacteria found a way to mutate and survive and now we have a serious problem with antibiotic resistant bacterial infections.

Microorganisms find ways to survive, and we end up with progressively more aggressive and difficult-to-treat diseases. We’ve taken a wrong turn with over-use of antibiotics and vaccines and it’s time to mend our ways before matters get any worse than they already are.

For example, one of the most recent examples of the devastating harm that can occur from widespread use of a single vaccine dose are the side effects of the 2009-2010 flu vaccine, which caused some 800+ cases of narcolepsy in Sweden and other European countries.23 As reported by Reuters on January 31:24

“The findings, which have not yet been published in full, are the first firm evidence in Britain that the flu vaccine, called Pandemrix, is linked to narcolepsy cases in children. Research in Finland, Sweden and Ireland has already found clear associations… In a research summary… seen by Reuters, the British researchers say ‘the increased risk of narcolepsy after Pandemrix suggests a causal association consistent with reports from Finland and Sweden.’

The abstract shows that the research team, led by Liz Miller, a consultant epidemiologist at the UK Health Protection Agency (HPA), found an almost 10-fold increased risk in cases of the sleep disorder in children seen in sleep centers who had been immunized with Pandemrix.”

“‘According to the study, these flu epidemics experience a steep rise in infection and mortality rates as soon as exposure to sunlight (and the corresponding synthesis of vitamin D) drops,’ Medical News Today reports.26

‘This is not only true of the outbreak of flu epidemics but also of the way in which they unfold. Seasonal differences are particularly apparent in the number of deaths. In winter, when vitamin D deficiency is at its greatest, the number of deaths is 20 to 600 times higher than during a summer epidemic, the Norwegian study reveals.

…Vitamin D acts as an antibiotic and strengthens the immune system. UV radiation exposure stimulates the production of vitamin D in the skin. In the winter months, when the sun’s zenith is too low in the sky for vitamin D synthesis to take place, the body’s vitamin D level drops, as a result of which its protective effect is unable to fully develop’, explains Professor Johan Moan.”

2 Responses to “Chemtrails make flu into a killer by depriving people of Vitamin D.”