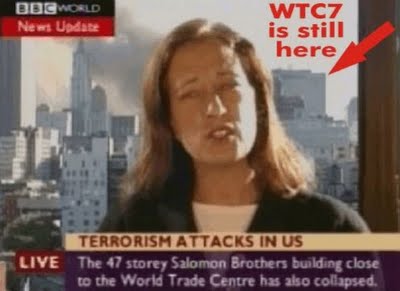 Global Research, February 14, 2013
The BBC is being challenged strongly for its refusal to present to the British public the available scientific evidence which contradicts the official version of events of 9/11. Thank you very much to all those who have sent letters to their MPs asking that the BBC be held to account for withholding this evidence that the public must be allowed to see.
As a further progression of this campaign, a great opportunity has arisen. 9/11 truth documentary maker Tony Rooke has been granted a court hearing where he is challenging the BBC’s support of terrorist activity through supporting the cover up of the true evidence of 9/11. The court case will take place on February 25th at 10.00am at the address below. Real 9/11 evidence has rarely, if ever, been presented in a British court room, so this is a rare opportunity.Any support from the public on the day would be fantastic and will help to send the message that the people want to know, and deserve to know, the truth about 9/11.
Horsham Magistrates’ Court [Court 3]
The Law Courts
Hurst Road
Horsham
West Sussex
England
RH12 2ET
This court case is based around Tony making a stand and refusing to pay his TV licence fee under Section 15 of The Terrorism Act 2000 Article 3 which states that it is offence to provide funds if there is a reasonable cause to suspect that those funds may be used for the purposes of terrorism. The BBC has withheld scientific evidence which clearly demonstrates that the official version of events of 9/11 is not possible and could not have been carried out in entirety by those who have been accused by our officials. In addition, the BBC has actively blocked and smeared those attempting to bring this evidence to the public.
By doing this the BBC are supporting a cover-up of the true events of 9/11 and are therefore supporting those terrorist elements who were involved in certain aspects of 9/11 who have not yet been identified and held to account. A new and independent investigation is required to determine what really did occur on 9/11, and by whom, otherwise these unidentified terrorist elements will remain free to potentially commit further terrorist activities.
http://www.globalresearch.ca/historic-court-case-against-the-bbcs-cover-up-of-911-evidence/5322983
The Tap Blog is a collective of like-minded researchers and writers who’ve joined forces to distribute information and voice opinions avoided by the world’s media.