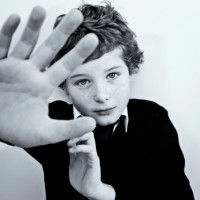 Of course politicians and Royalty should be allowed to rape and torture boys and girls as they wish.  To say otherwise would be considered ‘pedophobic’
My firm  is involved with various security operations,  but mostly advising on industrial espionage on UK firms
from hostile nations such as Israel, China and the USA, yes the USA watches us too.
Rupert Murdoch is Mossad, a massive info gathering service involving phone taps and letter intercepts on anything that can be used to bring Britian the USA, Canada and Australia into more wars for Israel.
Iran is no threat to anyone, but Israel wants the world to fight Iran for it, Iraq ia now almost totally Israeli owned
they also want the land and resources of Lebanon Syria and Iran.
We have had dealings with the BBC over the years, the BBC has always been a mouthpiece for Jews, it keeps silent on the Palestinian genocide and the dumbing down of the British people, ever since the 1930s it has been an anti-democratic pro-socialist broadcasting arm of the secret government.
New labour was a mossad front  to get a nice war going on Iraq, and Tony Blair had to resign as he had many sexual weirdos in the government, New labour was a pedocracy.
The agenda to homosexualise Britian has been underway for some time, a while back one of TVs most popular faces was conjuror Paul Daniels, he would get massive amounts of viewers for his programmes, but the BBC said he was overtly heterosexual, with his life partner the pretty assistant Debbie, the BBC in league with other stations dropped him and searched for a homosexual to take his place,  and Derren Brown was given the spot.
The Derren Brown skits you see on TV often have to be filmed again and again, one insider said sometimes  100 times to get the right footage  for TV to expand the TV message they want you to know, Derren’s sex life is a story of its own.
Similarly the smash hit programme “Midsomer Murders” was sold all over the world as it showed Britian as it was, but the Author Brian True-May was told, “make it more multicultural, more black brown and yellow faces and storylines, and bring in positive  aspects of homosexuals, Brian replied that the programmes appeal lay in its Englishness the village atmosphere in the series was what people liked to see so he was sacked, because the TV bosses are racist.
It has recently come to light that the BBC gave employment priority to homosexuals, using the same positive discrimination policy it used to give to other races, calling them racial minorities, but they are not minorities as secret polls recently show British people living in Britian are now much less than 50% of the nation, and not included in this are other people given British nationalities or  illegal imigrants, the agenda to crush Britian from inside is well under way.
The organisation Stonewall pretends to be a help organisation for homosexuals, but it gets financial and  propaganda help from government the BBC and MI5 to promote an agenda  for homosexuality especially in the young,
such religious groups as the Catholic Church the C of E and the Spiritualist Church have been taken over by homosexual activists called the ” gay mafia” as a vehicle to promote other homosexuals.
The bullshit BBC could do nothing but cover up the lives of Jimmy Savile becuase in line with its Homosexual policies, is the fact of its close association with pedophilia, a new word has entered our vocabulary for people who reject pedophilia,
Pedophobics, this like Homophobics is being used to denigrate normal people who do not accept it for their kids.
the Government through Common Purpose ran pro-homosexual  classes in all schools and even in pre school nurseries
any child of pre-schol age who said anything not in line with racist sexist or against agenda policies would have their names taken by teachers, and could be removed from their parents, the  stuff our kids are taught at schools is now horrific, and this is why home schooling is such on the rise, and these are the main target for Common Purpose to target for child snatching.
Kevin Field
The Tap Blog is a collective of like-minded researchers and writers who’ve joined forces to distribute information and voice opinions avoided by the world’s media.

15 Responses to “We’re all ‘pedophobics’ now. The latest PC terminology tells you all you need to know.”