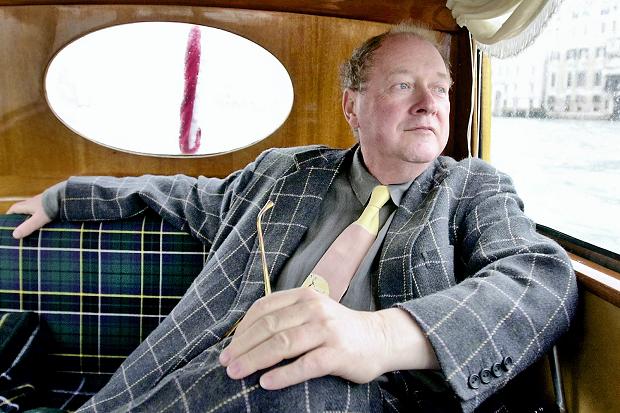 EXTRACT….
Course, the cash for questions scandal should have been enough to make all of our honest MP’s cut their ties with Laud. Unfortunately, we don’t have any honest MP’s and as I always say, birds of a feather flock together. So much so in fact, that Laud would often go on holiday with the likes of Lord Alistair McAlpine, Peter Lilley and Michael Portillo to name but a few… Although, McAlpine and Portillo have already been mentioned.

Then in 1999, Scallywag Magazine ran an article linking both Laud and McAlpine to a paedophile ring who were systematically raping boys in children’s homes across North Wales. Course, most of you already know this, but for those who don’t, here is what the Online publishing Co has to say about the vile Nonce McAlpine:

Since 1999 many stories have been written about the paedophile activities of Lord Alistair McAlpine of the famous UK construction and road building family. Scallywag accused him, several times, of being involved in a paedophile ring (including his part in the child abuse scandal in North Wales), and also of masterminding the huge, multi-million pound money laundering operation behind the Tory party during the Thatcher years, when he was her party treasurer.
He is known to the police in the UK and abroad for sexually abusing young boys, including using a coffin to put the boy in, then simulating burying him by sprinkling gravel on the top of the coffin. The child is screaming with terror and will do whatever he is told, due to being so scared of being put in the coffin again.

This person is alleged to have murdered at least two boys and buried their bodies on his estate. This information is derived from a police officer who was involved in investigating McAlpine, and he is certain that McAlpine has committed murder several times, but that McAlpine is too “well-protected” to get him.

Course, anyone who was innocent of such outrageous allegations would have sued… Or so you would have thought. But neither Laud nor McAlpine sued Scallywag Magazine.
However, Lauds great pal John Major did. But that was over a totally unrelated story that the magazine had also published. He one two… Sorry, I meant he won too. Scallywag had in fact accused the Ex Prime Minister of shagging some old slapper from the Downing Street catering corps.
Major was outraged, and quite rightly fucking so in my book. John boy likes to be unfaithful with a better class of old slapper than a common Kitchen assistant. And, the Old Slapper in question was none other than his fellow MP,  Edwina Currie , who, just like Jiggedy Johnny, also happened to be married… Shlaggg.

2.  Correction re Mary Moss.  We were informed by Jamie two days ago Mary Moss had been arrested.  This is not true.  We published a correction as soon as we heard from Spudgun.  This from needleblog…..

I was issued with a search warrant on the 9th Jan for all doc’s relating to Carol Cazier………… I have had my flat swept by Op ‘you know who’ completely and professionally and in a very tidy organized and friendly manner.. I am now co-operating with them. I have been given my laptop back today but they still hold 19 NAYPIC boxes which I handed over to them today without hesitation..as I had them hidden in a friends.. for them just to check in case there is other related info..and one motherboard computer also which was ceased.. just to put other blogs at bay… with what really happened.. after I published all I have… which you now know.. I am not fair game to have my life intruded on in this way but I trust that in my line of duty to the case and the victims my life will still stay quite private.. other than my work.. as they are the only one’s who now know absolutely everything about me.. nice.

So there you go, Mary Moss was not arrested as one blog wrongly suggested yesterday. She was visited by the police who had a search warrant. Her computer was taken but has since been returned. Actually, her phrase ‘co-operating’ with the police is misleading. She is pro-actively helping the Operation Fairbank team having talked to them.
I really would like readers of this blog to step back and put themselves in her shoes just for a moment.
Here is a woman who has dedicated her life to the protection of children. She now finds herself in the eye of the biggest political/media storm to hit this country (even if the MSM aren’t reporting it), actually that is not accurate, she’s been in the eye of this storm for the last two decades, only now everybody is starting to take notice.
She’s cooperated with two previous investigations which have been covered up, and she knows that witnesses have died suddenly.
Before criticising her for anything perhaps you should ask yourself how you’d feel right now if you were in here position.
I know I’d feel threatened, I’d feel paranoid, and I’d feel vulnerable.
Mary, if you read this then I’d like you to know that there are a large number of people, an overwhelming majority who support you and wish you well.
Take care.

2 Responses to “Spivey on McAlpine.”