COMMENT –
“Gagging orders” or “injunctions” are made with threats of imprisonment.

I’ve had them served by ‘legal teams’ of Local Councils, regarding the publication of details of children who had been snatched by them.

Whether it’s legal is another matter. What counts is the ‘legalese’ and the threat, i.e. the appearance of lawfulness… 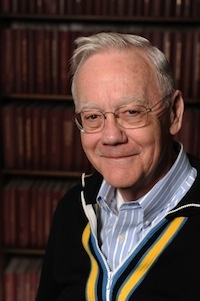 Man Exposing Child Abuse Threatened With Imprisonment, Please Support And Publish Far And Wide
This is the same man that started the petitions,

Following the sending of my letter’s to the Queen, The Prime Minister, Lord Justice Mummery and Bernard Hogan-Howe things are now stirring in the swamp! On December 24th a letter was typed up in No: 10, it reads:-

I am writing on behalf of the Prime Minister to thank you for your letter of 15th December. I am sorry to learn that you were unhappy with the reply you received from the Home Office.

Your correspondence is currently under consideration,

It will be interesting to see what response I receive next.  The main thrust of this campaign is to:-

1. Secure the release of the documents related to The Paedophile Informations Exchange which are held in government archives.

2. To have established a Royal Commission into child care and child abuse in the UK.

The above letter was received by my on Friday January 4th.  Today, Saturday 5th January, I received another letter via Special Delivery.  This is a solicitors letter and, in effect, I am being threatened with committal to prison. Forgive me but I cannot go into the detail of who is making this move but be assured it is a serious move and it may well be that I will be incarcerated in due course.

Key to this campaign is support for the two petitions on the No 10 website. The number of signitures is moving up but nowhere near quick enough, they need 100,000 signatures a piece to bring the matters to debate on the floor of the House of Commons.  If you can help promote them then please do so.  Anyone NOT eligible to sign the petitions could send emails of support to me at murrin@hotmail.co.uk.

I have a lot popping here at the moment and this affair is going to cut up rough VERY SOON.
I am in urgent need of a broad base of support. The concern must be to open these matters up for the sake of the victims of child abuse.  The victims must be the central focus here.