The internet airwaves filled with suspicion, as Jacintha Saldana supposedly committed suicide after the Royal hoax call.  Something about the story didn’t quite add up, and a BBC broadcast assistant from Bristol, Julius Abraham was good enough to say so.

Julius Abraham has taken his time, and has now replied to the suggestion he was part of a BBC corporate response to the Ben Fellows’ revelations.  I’ll go and get the link in a minute.  Here is Julius’ reply. 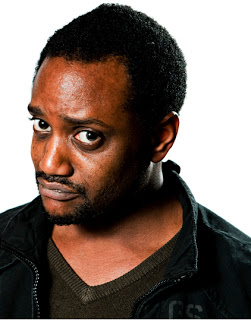 My name is Julius Abraham, & I’m a journalist & broadcast assistant at the BBC.

Just like a decent journalist should do, I question what I hear, read  & am told, & just like your blog says, if facts change, it starts to make a story sound suspicious.
As a journalist that’s what I’m meant to do, question things, ask questions, but Ben Fellows doesn’t seem to share that notion & is accusing me of being a conspiracy theorist, when he correctly suspects himself as being one in his own write up.
The views I expressed in a private email to him are just that, my private thoughts taken out of context, & not the views of the BBC.
Thank you for your time.
Julius Abraham
TAP – I can see how a misunderstanding came about.  Fear easily puts ideas into peoples’ minds.  That’s the game of the elites that control the media, and is why Jacintha Saldana’s suicide was fabricated – to make people afraid, and create an environment in which cracking down on the media by Leveson seems a reasonable response.
In my view both Ben Fellows and Julius Abraham are to be congratulated for telling it like it is,  doing what they see as right, and refusing to be silenced when they can see deception and evil at work, using their intuition.  Jacintha was no doubt murdered as part of the attempt to silence opposition to power using the false suicide method.  The stories about Ben and Jacintha need to come out, and people need to know.  Being afraid, or accusing others too readily doesn’t help, but is an inevitable consequence of the threats people face.  It’s the measure of Ben’s and Julius’ courage that they try to speak about what’s happening.
It would be good to hear more from you, Julius., and put more flesh on the bones of the story you are working on.  Thanks for getting in touch.
The Tap Blog is a collective of like-minded researchers and writers who’ve joined forces to distribute information and voice opinions avoided by the world’s media.

One Response to “Julius Abraham replies to Ben Fellows”