Yewtree, instead of helping victims who were raped and tortured as children by famous politicians and other powerful individuals, is rounding up the entertainments industry.  See what real victims are saying about Operation Yewtree..

Comedian Jim Davidson, who was arrested by detectives investigating the Jimmy Savile sex abuse scandal, “vigorously denies” the allegations against him, his solicitor said.

Jim Davidson Photo: PA
By Martin Evans, Crime Correspondent
9:24PM GMT 02 Jan 2013
The 59-year-old comedian was detained at Heathrow Airport as he flew into Britain ahead of an anticipated appearance on Channel 5’s Celebrity Big Brother show.
He will now no longer be taking part and programme chiefs are believed to be rejigging the line-up at the last moment.
He was arrested at around midday by detectives from Operation Yewtree, the investigation set up in the wake of the Jimmy Savile child sex revelations. The allegations are not directly linked to Savile, the Metropolitan Police said.
In a statement, Davidson’s solicitor Henri Brandman said: “Two women have made allegations in respect of Jim that date back approximately 25 years.
“The complainants were then in their mid 20s.

TAP – Mid twenties?  That has nothing to do with paedophilia.  OK he may have done some bad stuff.  He would have had plenty of choice of willing partners.  If this is all they can throw at him, he’s innocent of the main implication that he was a pedophile.  The PTB are desperate to create a smokescreen.  That is proof enough of their guilt.  The credibility of the Police, the media, the establishment in its entirety, from the very top downwards, is disintegrating before our eyes.  If Jim Davidson wants to write on here, he should do so. 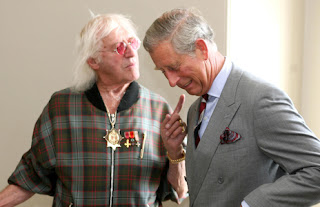 No wonder The Queen is making desperate visits to Cabinet meetings, and being seen out counting the gold.  This goes right to the very top and bottom of the British establishment.  They are trying every trick they know to bottle this story, but everyone already knows.  They are too late.  The Royal family is implicated by Savile and many others.  There is nowhere to hide, Your Majesty.  Sticking it to Jim Davidson is a bum move.  Let’s see some real arrests, or the Monarchy is next on the list of items we can well do without.

Not long ago Jim Davidson was cheering on the arrests.  Is that why they’re doing him over?

10 Responses to “Jim Davidson is not a paedophile”