There was gridlock in Birmingham yesterday lunchtime because lots of people panicked and ran for home early after listening to the hype on the radio and tv. I told my warehouse staff not to follow the sheeple, and wait until 5 p.m., by which time the roads were clear.

It reminds me of the “boy who cried wolf” story.

Same applies to motorway gantry signs warning of non existent hazards.
In the end you just lose trust and ignore them.

People’s lives are no longer controlledby events themselves. People respond to forecasts. Just like trained Pavlovs dogs. Remember the panic buying of petrol when David Cameron said there was going to be a petrol shortage. Everyone rushed out to buy petrol and that panic caused the shortage. Now it’s the snow forecasts. people round here have been panic buying in the shops! We actually have a lot of snow in Bath, well over 4 inches and closing the schools was justified.

At the Olympics they created a threat of terrorism. And that was enough to panic everyone. The events themselves don’t actually have to happen, we are trained to respond to forecasts. All these things are testing us to see how well trained we have become. We are lab rats.

TAP – Bath is a long way from Shrewsbury.   The whole nation was crippled when the snow was regional.  It seems that the whole is managed as one system, no doubt the decision to pull the plug on Britain was taken in Brussels. 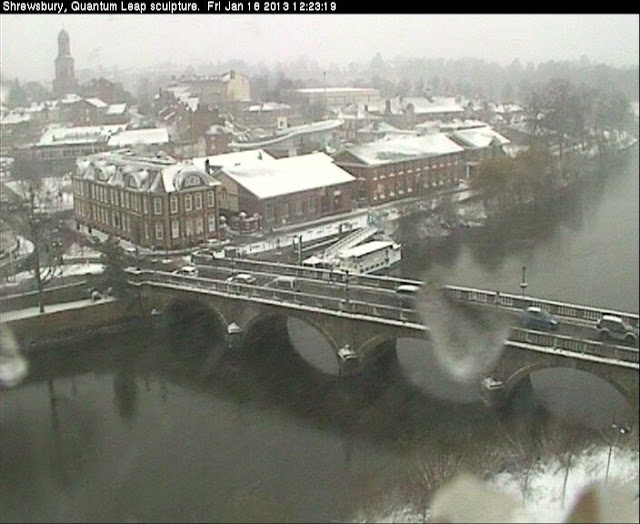 Shrewsbury town centre one minute ago from Council webcam.  Those roads are open.  Do all schools really need to close because of such a small amount of snow?

I’m getting emails from schools and businesses in the UK saying the world has ceased to function as of 12 midday today.  I took a look at a webcam located in a town near where we live, and saw a smattering an hour or so ago.

Yet I hear that roads are closed.  The post is not functioning.  Workers have to abandon their jobs as the kids are being sent home.  Surely getting the kids at 12 midday is just as difficult as getting them at the normal 3 PM.  Is it really worth all the interruption over a couple of hours of school time?

The Council would have more time to clear roads which don’t look blocked on the webcam, and grit others.

Am the only one thinking the whole thing’s nuts?  It’s the health and safety culture gone raving mad.  I could understand it if the snow was actually falling heavily.  But the whole thing’s based on a forecast from The Met, and we know how hopelessly misguided those usually are.  They now don’t just misforcast the weather.  They also disconnect the British economy as the stroke of a computer keyboard. 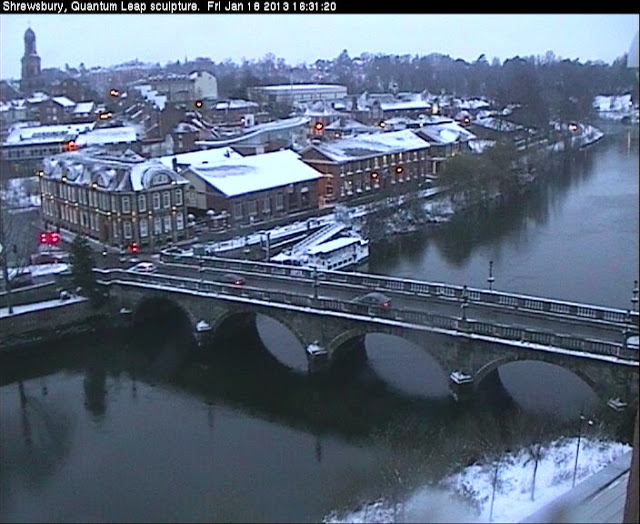 Four hours later.  Was it really necessary to bring the whole country to a standstill?  Snow’s cleared off road.  Thawing visible on roofs.  No more snow – just as expected.

This is how they deal with snow in Japan, where it does actually arrive in quantities worth mentioning – from Toad Hall.

4 Responses to “No show snow brings Britain to standstill”