1836 115 90 3642
During the last years, a new trend appeared in Hollywood: secret societies being at the center of movie intrigues. Some might find this surprising since secret societies are supposed to be…well…secret. Many people in the movie industry are part of those Brotherhoods so what is the reasoning behind this? We’ll look at the myth Hollywood is trying to create by examining “National Treasure” and “Angels and Demons”. 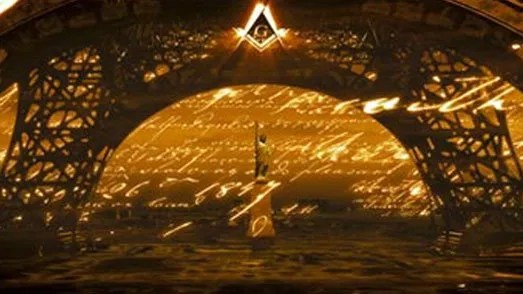 A decade ago, movies about Freemasonry or the Illuminati were rare and far apart (see here a nice list of Masonic references in movies). There has however been a major switch during the last decade. The world wide public has witnessed major blockbuster movies featuring those Brotherhoods at the center of the story. Their exoteric symbols are abundantly displayed and some of their history is even explained. Why are those societies exposing themselves to the average movie goers, who, for the most part aren’t even aware of their existence? Isn’t secrecy an important requisite for the survival of those orders?
I believe an important change is taking place in the communication strategies of these elite societies. The advent of the digital age, where any individual can create and publish content has rendered the secrecy of such organizations impossible. Self-published websites, books, documentaries, DVDs and other medias have exposed many secrets of Masonry and other orders. Information which could only be found in rare and exclusive books is now a Google search away. I have encountered some Masons who were astonished by the level of knowledge possessed by the  ”profane”. Those types of Masonic scholars, who aren’t actually initiated into the Brotherhood, were very rare not too long  ago.
Since the digital switch is irreversible (and completed), occult orders have adapted their strategy to this new context (they’ve probably saw this coming years ago). The strategy is : “If they have to know about us, we’ll tell them what to know“. Through Hollywood and best-selling books, secret societies are being introduced to the average Joe but with one BIG condition: the public is given a distorted, caricatured and romantic portrayal of secret societies. We are introducing in pop culture a mythical lore around secret societies, associating them with fascinating symbols, treasures hunts and exotic adventures. The viewers believe they are actually learning facts about Freemasonry or the Illuminati and they leave the movies with a sense of wonder, fascination and admiration. Those feelings are however based on totally erroneous facts, dubious explanations and fairy tale story telling. After viewing those movies, the viewer has a positive predisposition concerning those orders and will be less inclined to believe and research conspiracies related to them. 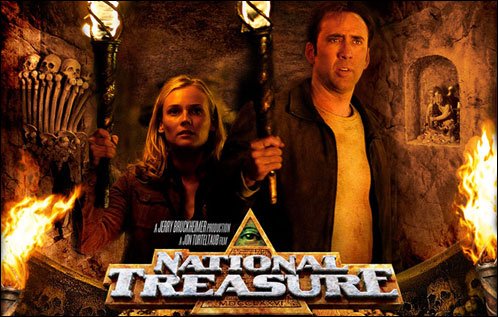 This blockbuster adventure movie was produced by Walt Disney Pictures, a brand that guarantees family-friendly entertainment. So parents can bring their kids and enjoy a nice, wholesome, Masonic disinformation session. The movie revolves around a treasure hunt based on clues left by prominent Masons on the Declaration of Independence.
The movie starts with the main character (played by Nicholas Cage) as a little boy, searching for information about his family history. The boy’s grandfather comes in and gives the boy (and the audience) a totally false and distorted story of the Knights Templars and the Freemasons.