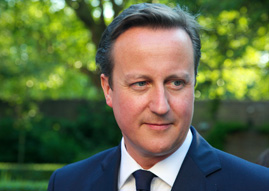 ‘Paedophiles and the EU are safe with me.’

TIM AKERS –  As anticipated, David Cameron has let the British people down by avoiding the best option for our country.  All the polls indicate a majority of the Great British Public want an EU Referendum.  The people of our country, however, must be given an In/Out referendum before the next General Election.

CAMERON –  I give you a cast iron guarantee of whatever bollocks you’re stupid enough to believe.  I guarantee that Britain will not be leaving the EU, and no politician will be prosecuted for child abuse.

TAP – Is Cameron cast iron, copper-bottomed or just a con?

One Response to “Cast-Iron-Cameron’s at it again”