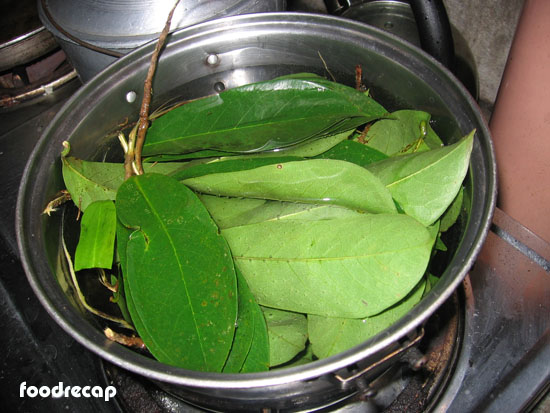 No need to suffer or die.  Just drink this constantly for one year, and you’re cured.

My wife’s mother has a friend who contracted stomach cancer.  She lived a TV advert life, drinking Coca-cola and all the fare of industrial food output.  The doctors told her she had six months to live.

Knowing my mother in law, she was advised to drink the water from boiling guyabano leaves.  She did this constantly for twelve months.  She had one big discharge of blood after ten months, and is now said to be cancer free.

Her diet has changed too so she eats fresh food all the time.  Cancer defeated by B17 yet again.

In the west, eat sprouts, spinach and crack open plum and apricot kernels if you don’t want to die of cancer.  Home grown the best.  No profits for big business out of these cures, I’m afraid.  That’s why you never hear about them, except on The Tap Blog, of course.

To get guyabano leaves, you could fly to the southern Philippines for a few moths.  It’s very cheap to live there.  The Foreign Office might advise you not to go there, declaring it an area full of Islamic terrorists.  I know Brits and others who’ve lived there five years and never seen any trouble.  The young Moslems who sit with guns on the mountainside are paid for doing so, with no other jobs available to them.  They couldn’t give a toss about terrorism, and would be delighted if a few foreigners turned up and helped the local economy.