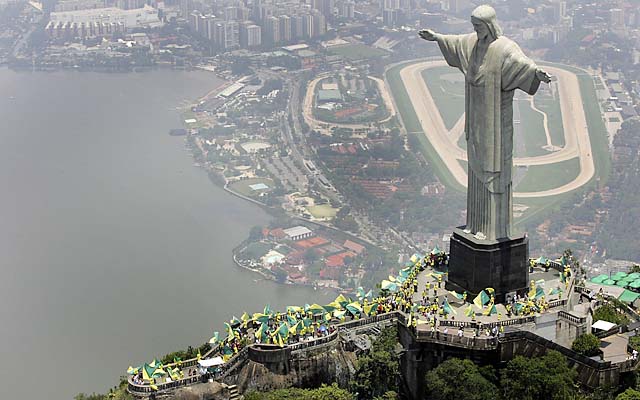 Divide and rule has been the way of controlling the earth since time immemorial.  The Gods were so worried that mankind would progress and learn how to build our own technology to compete with theirs, that they decided to separate people into many different languages, whereas, until that moment, all the peoples learned the same alphabet of the Gods, and language and culture were one.
Chinese and Japanese have many letters recognisable to this day as the same as original Sumerian Cuneiform.

The Tower of Babel was getting a bit too close for comfort in emulating and copying the Gods’ own technologies.  The most powerful God on earth at the time, Marduk who dwelt in Babylon, decided it was time to separate languages and religions, so that travellers from one culture to another could not so easily understand or find their bearings.  The overview of the world belonged  solely to Gods – and not to humanity, who they had created through genetic manipulation as a slave race, and wished to keep in control. 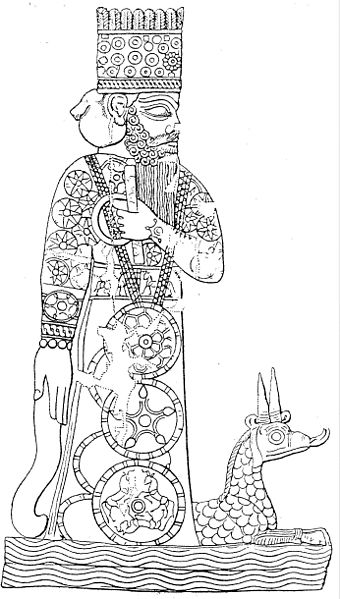 Marduk and his ‘pet’ dragon.  Marduk realised the power of dividing humanity into different religions and cultures.

Marduk was present and was worshiped in person in Babylon, but he was also worshiped in Egypt but as he was not there, he was called there, not Marduk as in Babylon, but Amen meaning ‘Unseen God’.   Until that moment, Gods had always been seen, and no divisions between peoples were thought necessary.

Religion, language and culture have ever since been designed to divide mankind, consciously encouraged as tools of difference and separation by those who would divide and rule us.  Language differences manage to keep any one human from achieving a global view, or at least slowing down anyone who tries.  Culture and language are the strongest barriers to human progress, as they have been designed to be,  equally as religion.

It is no surprise to find the same techniques being used to this very day by the One World Government as were designed by the original Gods who colonised the earth millennia ago.  This article tells the modern day story, and tries to see a way to bring humanity back together as one.

Brazil prepares to host the 2014 World Cup by learning English. Prostitutes are no exception, signing up for English classes to help them better communicate with global clients. Just in Belo alone, three hundred prostitutes line up for English courses, organized by the Association of Prostitutes in Belo. The group’s president, Cida Vieira, expects many more of the association’s 4,000 members to join the classes.

Vieira says: I don’t think we will have problems persuading English teachers to provide services for free. We already have several volunteer psychologists and doctors helping us. It will be important for the girls who will be able to use English to let their clients know what they are charging and learn about what turns them on.

On the other side of the Atlantic, the prostitutes of EP, those Anglophobe MEPs, behave the opposite way. A poll of

http://venitism.blogspot.com shows 80% of Europeans think it’s absurd what’s happening every day in the European Parliament (EP). All MEPs know English, but they all pretend they do not know English! They are instructed by their home countries to use their mother tongue for propaganda purposes and in order to employ native translators. Sounding the EP chamber with a native language shows vanity, stupidity, and squander of taxpayers’ hard-earned money.

English-only is a political movement for the use of English as the only official language in USA and EU. We are all Anglos now, and we all have adopted the culture of Anglosphere. The language we speak influences not only our thoughts, but our implicit preferences as well. Bilingual individuals’ opinions of different ethnic groups are affected by the language in which they take a test probing their biases and predilections. Charlemagne said that to speak another language is to possess another soul. Language is much more than a medium for expressing thoughts and feelings. Language creates and shapes our thoughts and feelings as well.

ethnicities are brewed into a stew. In the salad bowl, the ingredients combine
into a salad but retain their distinct identity. In multiculturalism, the salad
bowl notion has been conventional wisdom. Eurokleptocrats babelize and
Angloscare Fourthreichians, aka Europeans, because Anglophiles tend to be
libertarians. English in the linguafranca of planet Earth. We all live in
Anglosphere now. It’s high time to establish English as the only official
language of Fourth Reich(EU) and USA.

The ties that bind the USA, UK, Canada, Australia, New Zealand, and in different

ways other nations that share some of the values of the Anglosphere are deeper
and more abiding than the bonds between any other countries. The relationship
between the nations of Anglosphere is founded not just on a shared language, but
also on shared history, on shared values, and upon shared ideals. Together they
have withstood the forces of evil and tyranny in whatever form they found them,
and they have discharged their common duty to the human race.

Language is a unifying instrument which binds people together. When people

speak one language they become one society. Americans and Fourthreichians want
an amendment that says the English language shall be the official language. The
Equal Employment Opportunity Commission (EEOC) presumes that English-workplace
policies are discriminatory, and thus illegal under the 1964 Civil Rights Act.
For over twenty years, the federal Equal Employment Opportunity Commission has
aggressively targeted and punished employers who adopt English-language
workplace rules. http://venitism.blogspot.com

from learning English, by teaching them in foreign languages. And millions of
people cannot find good-paying jobs, because they lack the ability to speak
English with customers, coworkers or employers. Opponents of making English the
official language charge that it is anti-immigrant, or that it is merely
symbolic and therefore unnecessary. These charges are false. Learning to speak
English empowers immigrants. By more than 2-1 immigrants themselves say US and
Fourth Reich should expect new immigrants to learn English and by a 9-1 margin
immigrants believe learning English is essential to succeed in USA and Fourth
Reich. http://venitism.blogspot.com

that for the government to act officially, it must communicate in English. It
means the language of record is the English language, and that no one has a
right to demand government services in any other language. Official English
would also reinforce the historic message to new immigrants, that we expect them
to learn English as the first step in their assimilation, and that we are
committed to ensuring that all Americans and Fourthreichians share in the
economic, social, and political benefits of having a common language.

The merging of language and culture will never be allowed to happen.  That’s the way they keep us divided, and ruled. They want to centralise power over us, not facilttate our ability to resist.  First we were divided internationally.  Today it is being done internally and globally all at once.  The people next to each other in school, on the bus on the way to work, or at leisure are all becoming strangers to one another.

We are being googlised, so that each person’s cloud is different.  Your search results are restricted to what you believe and are interested in, using your language, and mine find only what’s appropriate to my cloud, in my language.  Facebook too.  The modern google-designed ghetto is electronic, but nonetheless powerfully divisive.

Maybe a few football followers (another religion) will find wives in Brazil in 2014, and help remerge the cultures and languages of the world.  We are all one in the end of the day, no matter how far the control grid is extended around us.  The internet can bring people together, and build communities too.