Hi TAP,
I’ve been sceptical about man’s ability to change the weather including via HAARP but this article on the BBC website got even me thinking.
http://www.bbc.co.uk/news/uk-politics-21094288
The title is “UK Snow Disruption”.  I found the link on the weather page interesting in that the url includes uk-politics.

TAP – It starts off John Hammond talks to BBC News Channel about the science behind the recent snowy weather conditions in the UK.  Why science?  And why politics?  Was it really ‘the heaviest snowfall in years’?  They clearly wanted it to be.

The reference to “sudden stratospheric warming” made me think of HAARP.
Listening again, the newsworthy bit seems to be that “the forecasters have been predicting it for days“.
As for heavy snow falls, the news media have been hyping that up to the extent of putting up pictures of the worst winters on record.
I couldn’t find any webcams showing more than a few inches.
I smell a rat – some kind of propaganda campaign.
Kind regards
Andrew

TAP – I just went over to Shrewsbury webcams to check latest view.  Snow on the roadside doesn’t look at all deep.  Roads are clear.  Funny thing was that the webcam image I downloaded fine twice on Friday won’t download now, saying wrong format.  It won’t copy to iPhoto either.  Someone’s blocked .jpg file images since Friday.  Here’s Friday at 4.30 pm, when Britain was closed down for ‘health and safety’ reasons  – according to schools.  Maybe they wanted pictures of kids out snowballing.  Much healthier than sitting indoors, I would agree.  They might actually learn something if they quit sitting in classrooms all day from aged five onwards. 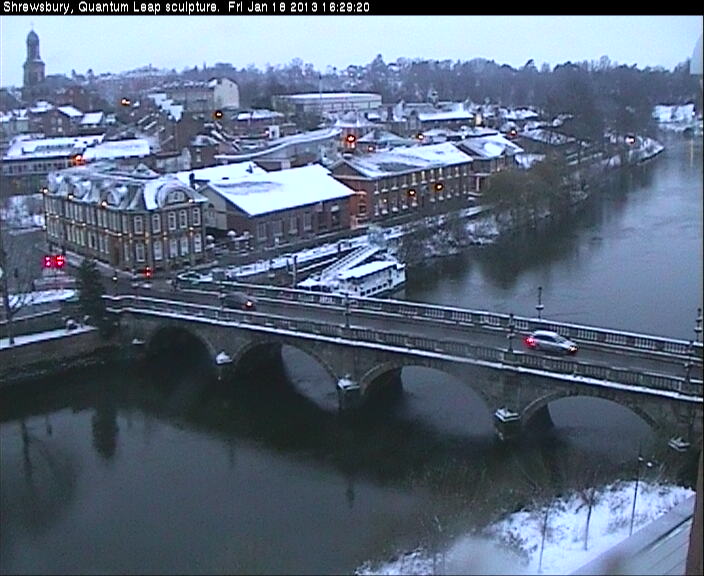 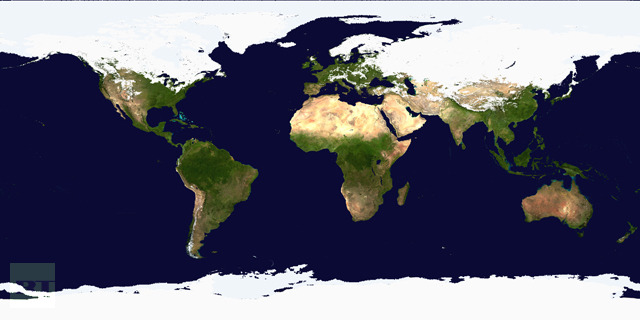