Judge Niclas Parry, then a solicitor,  spent years being well paid to defend some of the paedophiles named below  at the infamous ‘Waterhouse Inquiry’.  The Inquiry looked into the horrific physical and sexual abuse of children in more than 40 Children’s Homes and Approved Schools in North Wales.

“Our concern at the start of this major inquiry is that perhaps public opinion has swayed the balance far too greatly in favour of those who make allegations of abuse and the understandable anxiety to look after their needs and care may outweigh justice.” read morehttp://news.bbc.co.uk/onthisday/hi/dates/stories/january/21/newsid_2506000/2506835.stm 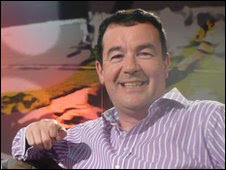 He then spent the next three years defending some of the evil paedophiles below.  At the Inquiry he met Andrea Davison  then a mental health advocate and  child abuse whistleblower who was  on the opposite side representing the victims.  Herself the survivor of  child abuse at the notorious Duncroft Approved School she deeply empathised with the abused children. She also exposed Judge Parry’s clients in the Magazine Scallywag,  perhaps he could not forgive her for this.
In 2012  Judge Niclas Parry met Andrea Davison again when as a Crown Court Judge he jailed her for  two and half years after saying  although  no-one had lost any money they could have done.  He did not declare that he knew  Andrea Davison and had opposed her years ago when he represented the paedophiles she exposed.
In 2012 David Cameron was forced to order an inquiry into the Waterhouse Inquiry when it  became clear the inquiry failed the abused children and protected the paedophiles. Judge Niclas Parry was part of this cover-up.
Judge Niclas Parry is not just a Crown Court judge he is also a sports presenter for the BBC and other TV  and  radio stations.     read more   In was in this capasity  he is belived to have met and become friendly with  Jimmy Savile. The same Jimmy Savile  who abused children in North Wales and in Duncroft Approved School  and who also procured children for the rich and famous.

THE FOLLOWING IS RE-BLOGGED FROM STOP CHILD ABUSE NOW

Click this for : Victims tell of horror inside North Wales care home where gang rape, strip searches and vicious canings were a way of life… and Jimmy Savile was a regular visitor

They were involved in a paedophile ring network that had spread the length of the British Isles : Includes – Sir Peter Morrison, LORD/MP Greville Janner, EX PM Ted Heath, and more

8 Responses to “Andrea Davison a heroine.”