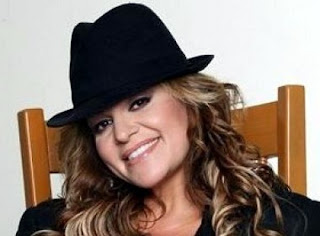 Now, to the latest on the death of musical superstar jenni rivera. She was killed in a plane crash that right now has no apparent cause. A team of investigators is on the case, rushing to find out why her lear jet went down.
Jim avila has been tracking the latest in washington. Good morning. Reporter: Good morning, amy.
The loss of this homegrown superstar, beloved on both sides of the border, is under investigation by u. S. And mexican officials.
Under scrutiny, the maintenance of the plane and the medical record of a pilot in his late 70s. Mexican-american superstar jenni rivera may be lost. Her twin-engine lear jet, spread over a 1,000-foot debris field.
But overnight, her family refused to give up on a miracle. We have no confirmation of her body being recovered. We are strong.
And we’ll continue to stay strong. Reporter: Still, the news from investigators is not encouraging. Reports of a rapid lost of altitu altitude, just outside monterrey, mexico, where the mexican-american superstar had performed the night before the crash.

So ridiculous- I’m sure someone who survived a horrific plane crash will choose twitter to seek help. And about her drivers license? Little pieces can survive the crash while bigger things are broken and burned. Finding her drivers license doesn’t mean anything. Let this poor woman rest in peace.
8:04 AM

If low battery you would choose a text medium as a phone call might drain the charge without getting through. Then you would hope someone would call you back. An SMS would be more use than a tweet I would agree, unless you know all your colleagues follow you on their handsets.
9:01 AM

Ooops! That’s a big selling story on B4IN sent in by Joe this morning. Are you the first person to spot the error? Hoaxes flying around. We have to be careful. Joe’s always been a good source of news in the past.
11:39 AM

paranoia in the next fortnight.  This is ‘Elvis lives’ territory.

Rumors are that Jenni Rivera had some inside information on the Drug running done by the DEA.
If people don’t think the US government is involved in drug running, I suggest reading about the
Iran/Contra affair, or Google Clinton, Mena, Arkansas.

The report is that the plane was scattered over a large area, but the pieces were so small nothing was reconizable. Also, the US NTSB is involved, even though the aircraft went down in Mexican airspace.

The National Transportation Safety Board said it was sending a team to help investigate the crash, and the board said Mexican authorities had informed them that Rivera had died in the accident.
http://news.yahoo.com/ntsb-singer-rivera-dead-mexican-plane-crash-163257145.html?bcmt_s=m#ugccmt-container

What’s odd is that Jenni Rivera tweeted this message at 11:21 pm, after the plane had supposedly went down.
Fortunately, someone captured a pic of it before it was removed from twitter.

Translation: Thank God my cell phone is still working, but it doesn’t have much battery left
I am alive, but I don’t know where I am. There are many dead, please send someone
to help me.
And even though supposedly the plane crash was so bad that everything was beyond recognition, her plastic drivers license managed to survive the crash? Now, you watch, there will be news reports that the plane wasn’t safe to fly, or something along those lines.