Many searches coming into the blog with questions like –
Was Jacintha killed?  People are naturally suspicious.  No one has commented that the ‘suicide’ made any sense.

That’s odd because the Independent are saying that the results of the post Mortem will be released tomorrow
http://www.independent.co.uk/news/uk…w-8410869.html


UPDATE –
Ben Fellows has submitted a post which gives crucial information as to what’s going on behind the scenes this weekend with the Leveson Enquiry.

Leveson is going to use Jacintha Saldanha’s death as a pretext for ending press freedom in Britain, he suggests.  Now there’s a motive for arranging an unlikely ‘suicide’. 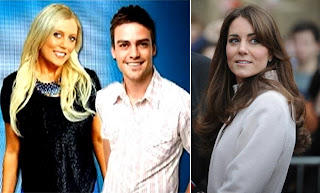 Anonymous said…
Well done Tap! I was beginning to wonder if I was the only one who found this woman’s death extremely bizarre and inexplicable. Why would anyone kill themselves over taking a phone call? After her death was announced the hospital came out with some absurd guff that since the call they had been “helping Jacintha through this difficult time”. “This difficult time”! That makes it sound like she’d just been diagnosed with some terminal illness, or had suffered a multiple family bereavement, instead of simply answering a fricking phone call, and passing on the call to someone else!

Give me a break! Also agree with Anonymous6:51 pm that she sounded like she was expecting the call. The two djs said they’d been given the number to ring, but didn’t say by whom – it looks like they too may have been set up to take the hit for this. Apparently they weren’t very well known in Oz so typical expendable false flag patsys. Also they seemed quite incredulous that they were being put through to the nurse dealing with Katie. As one of them said: “This is the easiest prank call we’ve ever made!” This whole affair has psy-op written all over it. 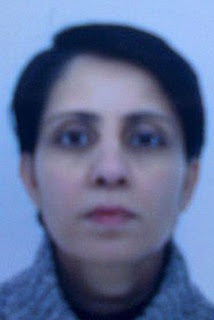 Jacintha Saldanha
Mail –  Jacintha Saldanha, 46, was pronounced dead at an address near the private King Edward VII Hospital, where the Duchess of Cambridge was treated, at around 9.30am yesterday.
David Icke –  ‘The relatives of nurse Jacintha Saldanha have revealed that she told no one in the family about the prank call that has been blamed for driving her to suicide.
Members of the family gathered at the south Indian home of Saldanha’s mother-in-law, Carmine Barboza, to console one another after news reached them of the tragedy. They said that neither Saldanha nor her husband, Benedict Barboza, had talked of the hoax phone call or given any clue that she had been under any pressure or strain.’
Read more: Jacintha Saldanha’s Family Says She Told Them Nothing About Hoax Call
The headline in the UK Daily Mail today reads: Hoaxed nurse ‘died of shame’. The text goes on to say that this is the view of her family. But when family members are directly quoted, her sister-in-law says that they cannot understand why Jacintha would take her own life because she was so ‘strong’. ‘We would like to get an answer’, she says. Jacintha’s mother-in-law says: ‘I want to know about the circumstances of her death and no one is giving me an answer.’
How does this square with the Mail’s headline? Here is a woman who supposedly took her own life leaving behind a grieving husband and two children because she passed a hoax call from two Australian DJ’s from the switchboard to a ward. She wasn’t publicly named and she did not face disciplinary action. From the known facts this makes no sense whatsoever.

At least there is some sanity in Australia …

More than two-thirds of Australians don’t think DJs were to blame for nurse’s death, new poll reveals
The Tap Blog is a collective of like-minded researchers and writers who’ve joined forces to distribute information and voice opinions avoided by the world’s media.

10 Responses to “Was Jacintha Saldanha killed?”