November was a record month with just under 315,000 page downloads recorded by Google, giving the blog 2 million page downloads in 12 months.  Sitemeter which only counts after the second page gave 205,000 for November, a very similar amount to October.

Contributors keep on coming in with good material, for which I thank them, as it makes this into an interesting hobby.  Long may it last.

Hi Tap, Congrats. on your Stats. to reach 2000k Page Downloads, before the end of the year is no Mean Achievement.  May you continue to be a “THORN IN THE SIDE OF THE DEGENERATE ELITE SCROUNGING PARASITES” i.e. The so called Upper Echelons Of Our Society, in the forth coming year. I am sure we can all find Equally Controversial Stuff in 2013 to make that possible.

That was an interesting Post on Wi-Fi, I have stated on many previous occasions ‘REALITY IS NOT WHAT YOU THINK IT IS‘, &  that living bodies are best considered as MOBILE ECTROMAGNETIC FIELDS, then many thing are possible.
Since Fe II is at the centre of Haemoglobin in Red Blood Cell, Oxygenated hemoglobin is diamagnetic,whist Deoxygenated hemoglobin is paramagnetic, thing start to look a little different.  So if you start introducingVibrational Changes, & Extraneous EMF’s thing get interesting, don’t they?
To continue, & try to shine some light on BBC, & their Nefarious Activities, This is best explained using Expletives as Appropriate.
Once you start Digging it is more than obvious we are being “CRAPPED ON FROM A GREAT HEIGHT”. We should never forget that it was Patten who gave us Pole Tax, Thatcher put him in charge, with the result he lost his seat at the following Election.
If he has any Credibility, as Chairman of The BBC he should initiate an immediate NO-‘HOLDS BARRED’ investigation into the Operation & Practices taking place in this CORPORATION, who set their own Rules & Laws, & consider themselves UNTOUCHABLE, In my opinion their News Coverage is Total Propaganda, & has no baring on what is happening on ‘The Worlds Stage’, if you want to find that out, you watch RTV CH85. We do not want any ‘D Notices suddenly appearing. A full Investigation is necessary. IT IS TIME TO CLEAN OUT THE CESPIT, we are made to pay for, via their Illegal licensing they impose upon us.
IF HE DOESN’T, WILL HE STILL BE IN HIS JOB THIS TIME NEXT YEAR?
WHAT IS P.I.E.?
It was reported that, when the organisation was finally
closed down, the membership list was found to contain the names of
nationally known politicians, entertainers and people engaged in
professions, including the medical and legal profession. Some teachers were,
I believe, also found to be registered members. The quality and influential
nature of its membership and the extent of support for the aims of the
organisation among ‘opinion formers’ probably explains how it managed to
remain in existence in this country for a decade before it was finally
closed down.
“One outcome of the MIND conference was the suggestion to Keith that PIE
should submit evidence to the Home Office Criminal Law Revision Committee on
the age of consent.
What’s more, we have it on reliable authority that his work caught
the imagination of no less a figure than the Home Secretary of the time, Roy
Jenkins.”

Tony Blair’s friend Cliff Richard (left) with Sir Jimmy Savile, who allegedly supplied boys to the elite for sex.
“The Scotland Yard Savile inquiry should extend to Suffolk”
Tattingstone suitcase murder.
“The Krays had property at Bildeston where they were involved with local youth clubs and giving children donkey rides etc.

“Apparently Kray had access to many London care homes and would have boys delivered to parties at DJ Alan ” fluff” Freeman’s large flat over a music shop in East London.
Cliff Richard, whose home is near to where Madeleine McCann disappeared, with Winston Churchill’s close friend Lord Boothby, who reportedly was involved with child sex rings for the elite.
Savile
According to this source – Archives- the Krays ran a paedophile ring.
“What was involved was the systematic abuse of ten-to-twelve-year-old boys, one of whom subsequently became fairly well known as a singer.
“Another, rather less fortunate,wound up in six pieces in two suitcases…
“At a big London railway station in the spring of 1970, a plastic carrier bag was found in the regular search for bombs before the station closed for the night.

“The contents were an odd assortment of letters and photos, which seemed to have been taken at a kinky party attended by some well-known figures in entertainment.
One of the letters in the bag allegedly referred to Lew Grade, Leslie Grade and Bernard Delfont, three Jews who ‘had a monopoly’ over the UK’s entertainment industry….

“One in particular showed a pop singer who masquerades under a Christian persona; dressed in women’s underwear he was pictured with young boys…

“The bag was duly taken to the station office and, as a senior rail worker wrote out a report for the lost property office, two MI5 men and a special branch officer arrived
and demanded the photos.”………..
The Kray Twins could have sudden changes of mood and become murderous.
John Le Carre’s father had links to The Kray Twins, who were Jewish gangsters.
John le Carré was a British spy.

Sutcliffe told police he left the murder scene after he heard voices, but couldn’t tell where they came from.
“Later he found out that the house was where disc jockeyJimmy Savile lived”
There has been speculation that the Savile-Sutcliffe story is somehow linked to brainwashing, of the sort used by the military to produce killers……

The British Broadcasting Corporation(BBC) is embroiled in a child sex

scandal centred on Jimmy Savile, its anchorman on many popular entertainment
shows for over thirty years. Now new information is surfacing which
indicates that Jimmy Savile was a fully paid up member of the Paedophile
Information Exchange (P.I.E) – an organisation which campaigned for the
abolition of the age of consent in the UK.

The letter below has been sent to Lord Patten, Chairman of the BBC Trust. In
it I have stated “I am placing this information before you in this open
letter as I feel that the BBC should now initiate a full investigation into
these reports suggesting that during the 1970’s and early 1980’s the BBC’s
editorial policy was influenced in favour of P.I.E. This alleged
infiltration of the BBC by P.I.E might also explain how Savile was able to
operate as a sexual predator during his extended tenure at the BBC without
challenge and/or prosecution.”
Veteran BBC presenter Bill Oddie yesterday backed claims disgraced Jimmy Savile’s abuse was covered up – because he was friends with Prince Charles.

The Springwatch star, who appeared on TOTP with the Goodies when Savile presented it during the 1970s, said there was a “running sick joke” at the BBC
about Savile being a paedophile
RANTZEN, who is never slow opening her mouth, some how kept quiet where Savile was concerned, why? It appears it was an open Secret well now she has been sacked. 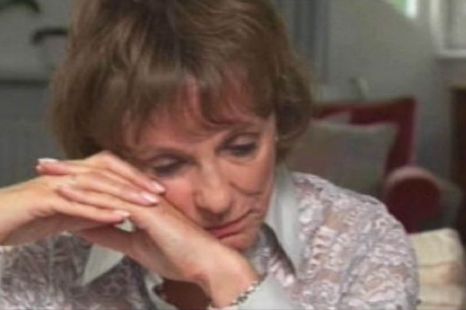 Esther Rantzen, the founder of ChildLine, has been sacked by the National Association for People Abused in Childhood. The decision follows Rantzen’s admission that she blocked her ears to all the rumours about Jimmy Savile.
When Esther Rantzen appeared on the ITV Exposure documentary, in responding to the allegations about Jimmy Savile’s sexual assaults on young girls, she admitted she had known of the rumours and had not done anything. The National Association for People Abused in Childhood (NAPAC) has now sacked her as one of its patrons.
She also amended her admission that she had heard rumours about Savile’s behaviour by claiming she had only heard one rumour about him when she was a twenty-one year old BBC researcher. Rantzen denies that she had any suspicion that Savile was a predatory paedophile. She also says she cannot recall any culture of sexual harassment during her years at the BBC.
Currie is also another one, who should be asked a few questions.
Jimmy Savile: Questions for Edwina Currie and the BBC

The scandal of how Sir Jimmy Savile was able to abuse young girls for decades deepened last night after a Sunday Telegraph investigation implicated former government ministers and executives at the BBC.

Edwina Currie appointed Savile to run a taskforce in charge of Broadmoor in the 1980s, where he is accused of sexually assaulting patients

Currie at the time was health minister with responsibility for the country’s high security hospitals under the auspices of Kenneth Clarke, the then-Health Secretary. Savile counted himself as a friend of Margaret Thatcher and reportedly stayed at Chequers on a number of occasions….
he once described himself in a newspaper interview as “the boss of Broadmoor” and in 1989 said he was responsible for the freeing of 60 patients and intended to introduce “mixed sex wings” so patients could fall in love with each other.
Franey worked as an assistant general manager at Leeds General Infirmary from 1975 to 1985, when the television presenter was volunteering as a night porter. Savile is also accused of sexually abusing girls at the Leeds hospital.
Mr Franey said he got to know Savile because they were among half a dozen men who ran charity marathons together. He said: “I am absolutely astonished. There was absolutely no indication that he was doing what was alleged.
Savile was caught up in a sex scandal that engulfed Top of the Pops and Radio 1 in the early 1970s when police investigated claims that music companies hired prostitutes for disc jockeys and producers in return for playing their records on air.
The same officers also investigated the suicide of a 15-year-old dancer on Top of the Pops, who Savile is alleged to have abused. The Sunday Telegraph has been told that an independent inquiry launched by the BBC and run by a senior QC questioned Savile over the sex scandal but its findings were never made public.
Savile’s activities on Top of the Pops and other programmes where he is accused of raping and sexually assaulting girls on the corporation’s premises will form part of a new BBC inquiry into the time
But it is the failure of the BBC to broadcast an investigation into his years of abuse that will come under the immediate spotlight…………..
REGARDS  …………  WASP