I did not intend to coment at all, but i do have to say from long experience at the BBC, it’s very jew orientated.  Esther Rantzen is a jew and she was told to keep schtum about savile etc.  But what got me was that kids would actually phone in and name savile and rantzen would tell us “ignore it” and this conspiracy to hide up that savile also abused boys.

One was just 8 years old,
why for gods sake ?

TAP – I’m taking this as a genuine comment.  If you can give a little bit more detail such as when you worked at the BBC, Agnes and in what departments, that would be helpful. 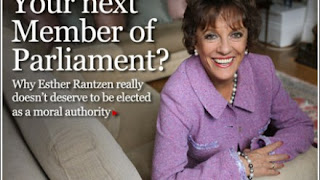 Rantzen NOT sacked by NAPAC /  –

The attempt to remove her was not successful.

Esther Rantzen, the founder of ChildLine, has been sacked by the National Association for People Abused in Childhood. The decision follows Rantzen’s admission that she blocked her ears to all the rumours about Jimmy Savile.
When Esther Rantzen appeared on the ITV Exposure documentary, in responding to the allegations about Jimmy Savile’s sexual assaults on young girls, she admitted she had known of the rumours and had not done anything. The National Association for People Abused in Childhood (NAPAC) has now sacked her as one of its patrons.

According to the Daily Mail, only three days ago, Rantzen vehemently denied rumours that the NAPAC were considering sacking her as one of its patrons. She said:

According to Unreality TV, Mr Peter Saunders, the Chief Executive and founder of the NAPAC, said:

In the light of her admission that she heard rumours about Savile but did nothing, I am going to ask the trustees if they feel she is an appropriate patron.

A number of people have contacted us to say they don’t feel she is.

It is now clear from the NAPAC’s website that Rantzen has been removed from her role as patron of the charity. Esther Rantzen’s name and picture are no longer listed as a patron, or in any other capacity.