Great laugh pretending to be a bereaved parent.  Daily Mail cuts out the pre-filming laughter naturally.  See the same film on link below. 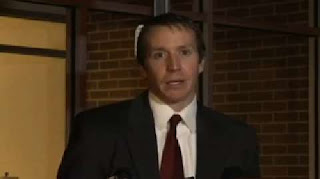