The official story as to who parented who

They only breed within their own bloodline.

Charles and Diana were a good example.

Charles.  Both his parents are great grandchildren of Queen Victoria.  She was the illegitimate daughter of Nathan Mayer Rothschild, the richest man in the world by a wide margin, and the unfortunate bringer of the haemophilia gene to her descendants.  Prince Albert, her husband, was a lover of peace and tried to stop various wars.  He died young as the Royals tend to do when they don’t perform the wishes of their real owner, the banking elite.

Charles was Rothschild on both sides, although the haemophilia gene hasn’t shown up for a number of generations.  That said, it still could revert, as it has been known to jump six generations, and six have not yet gone by. 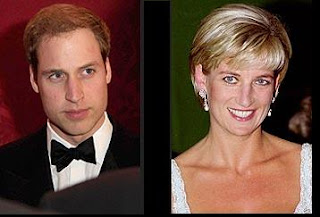 Royals – never quite who they say they are.

Diana was also a Rothschild on both sides.  Her real father was Sir James Goldsmith, a French Rothschild descendant.  You doubt it?  Look at a picture of her alongside Jemima Kahn, Zac or Ben Goldsmith, her half sister and brothers.  She spent all her time at the Goldsmith’s house in Richmond with Annabelle when James was away, as Annabelle’s autobiography makes clear.  They were her real family.

Her mother, Francis Shand-Kydd was also of Rothschild descent.

William, with all his grandparents of descent from the original Amschel Mayer Rothschild, who sent one of his sons to each of the European capitals, is about as Rothschild as it is possible to be, without actually being one.  Harry seems to have a different father.

Kate Middleton’s mother was a Goldsmith by name, but with no apparent relationship to the Goldsmiths of Diana’s descent.  That said, the official stories rarely bear much relationship to the true descent amongst those who dwell in the higher elites.  She must have been of the correct bloodline for her to be chosen as William’s breeding mare.

Hopefully the official story in the chart above is not the correct path of William’s descent and progeny.  The haemophilia gene could otherwise still make unwelcome appearance.