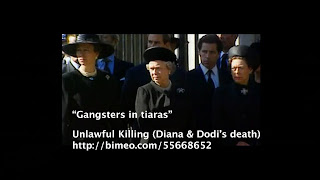 The documentary Unlawful Killing has not been licensed for distribution in the UK.  Some of the documentary is taken from this interview, especially the pieces in which she foretells her demise in a car crash, which she was threatened with, both by Charles and, as described in Unlawful Killing, Nicholas Soames.  This doesn’t appear in the interview clips.

I’m a free spirit.  I’m not a political animal.  I know I can give love, and I want to do that. 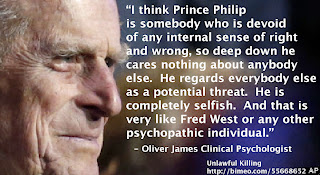 Also sent in by Peter Wright, another inspiring teller of truths, Jesse Ventura –