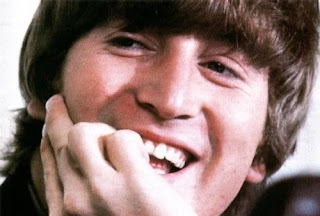 The FBI’s War on Rock Stars, by Salvador Astucia

Chapter 4: FBI Surveillance on the Internet
The Internet Police

The Internet Police
In the spring of 2003, I began posting my findings about John Lennon’s murder on an Internet discussion forum about the Beatles: rec.music.beatles. A few people responded in a civilized manner, but overall, the response was vitriolic, demented, vulgar, and sadistic. The participants on rec.music.beatles quickly became more interested in learning and publicizing my true identity than responding to my research. Their message was clear and uniform: Stop discussing Lennon’s murder! This reaction was not entirely unexpected. Over the past six years, I have posted political and historical commentary on numerous Internet discussion forums and typically I get similar reactions when posting controversial articles. Having stated that, the loathsome comments I received from individuals on rec.music.beatles in response to my Lennon articles stands out in comparison to other discussion forums. Usually I post to serious, political forums, so a degree of nastiness is expected. Why would I be greeted with such rudeness from an overtly light-hearted forum? It’s the Beatles, after all, so why all the fuss? Because the Beatles’ leader, John Lennon, was one of the most politically active and highly influential voices in the tumultuous Sixties.
Surprisingly, the most viscous and vulgar comments I received from rec.music.beatles dealt with a lapse in Lennon’s security on the night he was killed. The discussion centered around Jose Perdomo, the security guard tasked to protect the iron-gate entrance of the Dakota on the night Lennon was killed. As previously stated, Perdomo was an anti-Castro Cuban, a group with strong ties to the US intelligence community since the failed Bay of Pigs invasion in 1961. On June 17, 2003, I started a discussion thread entitled Jose Perdomo, doorman or security guard? It was a spin-off from another discussion between Derek Larsson and someone named Cromwell. Derek wrote: “There also seems to be a profound lack of security provided by doorman Jose Perdomo – whose job it was to protect all tenants (several of them celebrities) from strangers and hangers-on and who was the only ‘eye-witness’ to the shooting. His background needs to be investigated.” Cromwell replied: “He was a doorman NOT A BODYGUARD.” I disagreed: “‘Doorman’ is a misleading title,” I remarked. “The doorman at the Dakota is a glorified security guard. I know because I’ve been there. I talked to one of the doormen. He was definitely security…The word ‘doorman’ suggests he is a bellhop. I’m not even sure if doorman is a genuine title or something the media created. The doorman does not stand by a door, he stands at the entrance of the Dakota. The entrance is about 15 feet wide with iron gates on both sides, but the gates are normally open. Derek is correct in stating that Jose Perdomo’s job was to protect the tenants.”
The Internet police immediately launched an assault to thwart the security-related discussion. Someone using the screen name Tna Yzarc re-titled the thread “Salvatorwriter, asshole, bumboy, neo-nazi or security guard?” I responded by changing it back to the original title and recited the poem If by Rudyard Kipling. Tna Yzarc retitled it “Salvadorwriter, moron or murderer?” I continued changing the title back and reciting If a bit more. Tna Yzarc changed the titled to “Salvadorwriter FUCK OFF AND STOP SPAMMING YOU ASSHOLE.”

Tna Yzarc then wrote the following extremely vulgar comment: “I think you’re a pathetic stupid cunt and you should go back to fucking your mom.” Someone named Jim sarcastically replied, “Wow – what a CLEVER response!!” Black Monk replied, “You think Sally deserves better?” Charlie Gauger (aka, Mister Charlie) remarked, “Hey, it works for me.” Susan added, “A bit crude, but it works.” Charlie Gauger (aka, Mister Charlie) added the following insults: “Of course, like a dog returning to its own vomit Sal comes back yet again.” Someone called “Ehtue” complimented Charlie Gauger on his word choice: “What a turn of phrase! I’ll steal that one for sure some time in the future! Somewhere, somehow.” Fourteen sample messages in the cited discussion thread about Jose Perdomo are provided in Appendix K. (See messages 56 through 69.)
This was a thoroughly despicable display, but it was quite revealing. It was not merely a few cranks blowing off steam. The discussion itself was not political or even controversial in nature. It was politically neutral, a discussion about the crime scene where John Lennon was murdered and a probable lapse in security when the crime occurred. This is the type of information prosecutors need to bring guilty parties to justice. The ensuing assault on me was clearly a joint effort by several people, probably sponsored by the FBI, paid for by the American tax payer. To my knowledge, the topic of FBI activity on Internet discussion forums has never been discussed seriously in any book. I shall attempt to do that now, and I shall use my discussions on Beatles newsgroup, rec.music.beatles, as a case study for observing FBI activity across the entire Usenet community.
The Tap Blog is a collective of like-minded researchers and writers who’ve joined forces to distribute information and voice opinions avoided by the world’s media.