From a Tap Blog reader –

his own graphic sent today 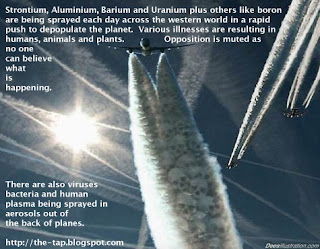 Hi Tap,
I only sent one image today, but I’m working on some others, which I’ll send to you when finished – just in case you can find a use for them.
This is the picture that I originally sent to you, and which appeared on David Icke’s website a few days later: 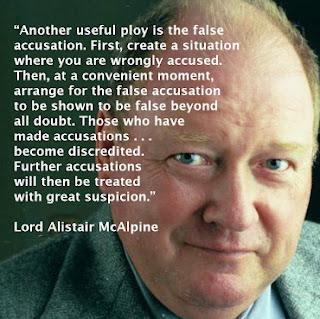 TAP – very nice work, anonymous.  Keep ’em coming!
A DOCTORS ADVICE ON CHEMTRAILS  –   from Dr Patel
The chemtrail spraying programme has been going on for some years now and was heaviest across Britian’s East Anglia region, and the figures for this peaked between the years 1999 to 2002, i cannot access later figures.
Those with chest conditions and children born with malformations in the region, were given hospital referrals and had data collected by a chest specialist at Norwich Hospital called Dr Harrison a man with an unpleasant attitude towards patients, this man had no special chest qualifications, but this was not his full remit.
The governmental remit was for this doctor to monitor all health conditions arising from chemtrail spraying
and to  suggest it was the agricultural crop sprays which were behind the rash of babies born with ear and eye problems
and to suggest to adults their chest problems were tobacco related, even those non smokers with breathing difficulties
were labelled as tobacco or asthmatic conditions.
The word Chemtrailing does not exist in any official documentation.
It goes without question that many with respiratory sensitivities were hurried on to early deaths.
The reason said by some investigators that East Anglia was chosen for experiments was that this was England’s food bowl,
the good quality agricultural land was where the crops were grown, and crop failure years tie in closely with the chemtrail sprays.
The National Farmers Union trying to negotiate with MAFF, were so problematical, that MAFF was closed and re-opened  as DEFRA which is Dept for Environmental and Rural Affairs, DEFRA will not discuss the Chemtrails and often other terms such as skytrails and Stratospheric Aerosol Engineering (SAG ) are used, but remember that only GM foods will grow properly after the chemtrail sprays, the horrific ingredients are worth looking up on the net, but the idea is to stop all non GM produce.
The government deny these poison sprays are new and have been putting them into TV progs and pictures from way back,
in the same way that black faces were put into government and army photos from pre W W II, i have many black families among my patients and they find this demeaning to have their history adulterated, Ford UK at their plant at Dagenham
had to apologise for inserting in black faces to their older pics for re-release, tragically blacks seem especially vulnerable
to the toxic sprays, the official story is put down to an “asthma epidemic”
The situation now with chemtrails is that breathing masks  are being worn on travellers to work in London and this is catching on in the suburbs with cyclists and kids walking to school.
Advice to everyone from whistleblowers in the RAF is to close your windows and doors when spraying overhead is particularly bad.
Dr Patel
The Tap Blog is a collective of like-minded researchers and writers who’ve joined forces to distribute information and voice opinions avoided by the world’s media.