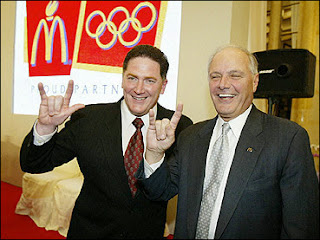 On the afternoon of Tuesday, June 7th in 1977, aged and perhaps senile McDonald’s founder Ray Kroc appeared on the TV talk show “Mike Douglas” and I just happened to be watching. I was only a teenager then but the show was seared into my memory. When Mike Douglas asked Ray what he did with all his money he replied that he belonged to a satanic church and donated a lot of his money to it. I told my family what I had seen and we stopped eating at McDonalds for quite awhile after that, as did many others.
Since then the event seems to have been totally purged from American memory.
A search of the Internet shows how far the efforts to rewrite history have gone. Other than this site and those publishing this article, the only sites mentioning the event describe it merely as a rumor and urban legend. The text on the different sites is nearly identical, although there are several authors claiming responsibility for it. In a book intended to ‘debunk’ satanic conspiracies entitled “Satan Wants You” Ray Kroc’s satanism is also mentioned only as a rumor. Even Harvard Law School had a Ray Kroc satanism debunking article on it’s website.
The cover-up started in 1978 when Kroc was forced by the McDonald’s board of directors to deny having ever made the claim. A growing boycott among christians was starting to eat into corporate profits.
Because he had actually made the claim on the Mike Douglas show McDonald’s shifted the issue by claiming that the rumor started after he appeared on the Phil Donahue show in May of 1977, with no mention being made of the Mike Douglas show. 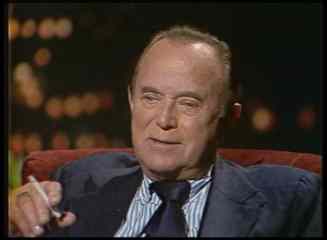 Proof that Ray Kroc appeared on the Mike Douglas show in the form of a newspaper TV schedule was recently sent by a reader of this site. Click on the image below for a larger version.

Previous to being sent the link to this newspaper I had been unable to find any record that Ray Kroc appeared on the Mike Douglas show. As of October 18, 2011, a web search using “Ray Kroc Mike Douglas” on Google and Yahoo shows only this one result.
I know what I saw and have never heard anyone else mention it. I was never exposed to any urban legends or rumors about McDonalds. However, I have been exposed to the facts about the McDonalds Corporation.
While McDonalds has done perhaps a minute amount of good with its Ronald McDonald houses, the harm caused by the company far outweighs the little good it may have tried to whitewash itself with. The reality is that McDonalds serves almost entirely unhealthy food and exploits children. Their ‘food’ is extremely high in fat and chemicals. They have a long history of causing environmental devastation, unimaginable cruelty to animals and exploitation of labor and children. McDonald’s is an empire with nearly 33,000 stores in 119 different countries with 64 million customers each day.
The amount of damage done by McDonalds is so massive that it has altered the course of life on Earth.
I have a cousin that manages a chicken slaughter house and he told me that what goes into chicken McNuggets® is the part of the chicken they would normally dispose of because it is inedible. His plant would grind the chicken ‘parts’ into a slurry, bleach the mass till it turned white and then add artificial flavoring. The product would be extruded into nugget shapes, breaded and deep fried in hydrogenated oils. McDonald’s calls the paste it uses “white meat”, which is just one example of its false advertising. 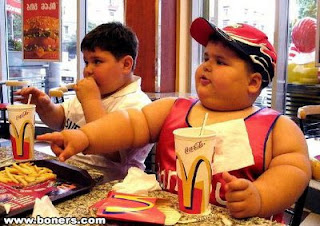 Also, look around the web for their other products like their BigMac burgers and there’s people that have kept them for nearly 2 years and they look the same! Some people have blogs dedicated to photographing the BigMac burgers each day and there’s hardly any signs of deterioration.

The question is, if flies, bacteria, mould won’t touch these products if left over a period of time…. then why do we? Is it because they look ‘great’ and taste ‘great’ perchance, and we couldn’t care less what’s in them?

Notice how they never seem to fill you up too and make you thirsty? So what do you do… you buy an aspartame, chemical-ridden drink with it sponsored by some big beverage/drinks manufacturer of your choice.

9 Responses to “MacDonalds are Satanists”