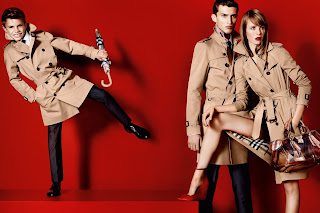 I know the name Beckham is huge in Asia.  Putting 10 year old Romeo in a sexual image is Burberry’s latest attention-grab.  Childhood and innocence sacrificed.  The man’s eyes are satanic.  I think we get the picture.

Stew Webb is reporting that just like this past Summer, the top 12 Illuminati Banksters will be meeting for their disgusting child sacrifice right in downtown Denver Colorado in the basement levels of the “The Navarre” museum which used to be an old whorehouse and casino but now sits basically abandoned and not open to the public.

The Satanists will be meeting on the evening of the 21st with the sacrifice happening in the early morning hours of the 22nd.

Stew says that they will steal a baby in the area and sacrifice it and then drink their blood to please Satan.
Before you laugh about this and think it’s not true, please be sure to fully investigate all the details for yourself.
This is the evil Council of 13 that so many have written about throughout the years.  They run the world behind the scenes with their banking cartel.    It is the top 12 Illuminati Banksters with the 13th spot for the Devil!
These men have been meeting in secret to do their evil on the Summer and Winter solstices for a very long time according to Stew Webb’s information.  Stew’s sources in the secret service confirm that H.W. Bush was there during the last sacrifice on June 21st and will be there again this year along with Henry Kissinger, Leonard Millman, Larry Mizel and others.
Stew Webb will be doing radio broadcasts about this event also up until the date and really needs everybody’s help spreading the information around the Internet so he can get people on the ground protesting and observing the event.  He wants people to knock on the door of the Navarre and ask the big security guards about the party!
Stew Webb has all the information on who will be attending, where the meeting will be including secondary locations, and much more on this page.
Please share the following page with as many people as you can through facebook and all other social media and websites.  With your help we can put the light of God on these men that think we are all their slaves and that they have the right to sacrifice newborn infants to Satan!
http://www.stewwebb.com/bush_satanic_rituals_and_human_sacrifices_01172010.html
*******************************************
WHY AREN’T THESE MURDERERS BEING ARRESTED, TRIED AND EXECUTED FOR THEIR CONTINUED KIDNAPPING, MURDERS, NOT TO MENTION THEIR CRIMES IN THE FINANCIAL WORLD, AND OTHER ‘ENDEAVORS’??????
http://newsdoors.blogspot.co.uk/2012/12/top-12-illuminati-banksters-meet-for.html

TAP – You can be sure the British elites will be doing the same thing somewhere nearer to home.