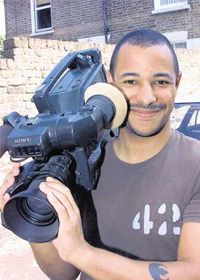 Leveson Enquiry looks for way to silence Ben Fellows, who gives a clue as to the real reason Jacintha Saldanha died.

The prank call by Australian radio presenters who got a condition report from the Duchess of Cambridge’s nurse by pretending to be the Queen and Prince Charles proves the need for new privacy laws, Lord Justice Leveson has said.
However, I received a disturbing telephone call this afternoon from one of Lord Justice Leveson’s key advisors. I should note before continuing that due to the fact that Lord Justice Leveson has stopped his own people from speaking out, I will not be naming my source from within his own camp, under any circumstances. I’m just going to lay out my conversation with my source and include as much information as is pertinent.
The source stated that “because you have written articles about Ken Clarke on the internet making serious allegations of sexual assault. Leveson is going to set you up saying that you are indulging in gossip on the internet to discredit a senior member of parliament.” he went on to say that “Once you and the bloggers who published your articles have been dealt with in the press, then the government will rush in new laws to deal with censorship of the internet. In other words you’re going to be the poster child for internet censorship.” my source said. “This is all happening so that the government can bring in, what appears to be from the public point of view, legitimate press censorship – but of course it isn’t.”
I asked my source if this was true then why hadn’t Ken Clarke sued me already? I haven’t received so much as a solicitor’s letter from Clarke or The Cabinet Office. My source said “Ken Clarke was told not to sue you so that they could use your allegations to bring about censorship of the web”. Whilst dazed in a stupor as my brain computed the horrifying prospect of going down in history as the man who brought about internet censorship. I asked my source why they contacted me now? My source replied “I’m giving you five minutes notice of what’s going to happen to you. Don’t say you weren’t warned!” the source went on “I fundamentally disagree with what Leveson is doing. It’s state corruption of the highest order and is close to meeting the definition of tyranny against the British Public.”
So now I guess I know what Leveson meant when he talked about salacious gossip on the internet. Or rather, who he was talking about! Do I believe this? Should I believe this? Should you believe this?

The world has taken leave of its senses of late and we are being pushed into a financial and social collapse created by out of control foreign bankers. They’ve even disbanded the military for a month and now they want to get their hands on the internet. So for the corporate takeover of this country to be complete. In order to have a state controlled and licensed media. You would need to shut down bloggers and journalists on the internet who have differing opinions to that of the government. So it makes perfect sense, if we’re living in Nazi Germany, the former Eastern Bloc or China but this is Great Britain…or is it?
All the best
Ben Fellows
info@thebenfellowsradioshow.com
www.thebenfellowsradioshow.com
EARLIER POST

TAP – Ben has gone to the Police with his allegations.  Ken Clarke must realise that Ben has evidence for the allegations he is making.  Clarke says he is wrongly identified.

As for using the hospital prank call as the pretext for new privacy laws, is that why Jacintha Saldanha ‘suicided’ – to give Leveson a bit more of an excuse for ending press freedom in Britain?  Otherwise this is just another death that happens right in the public eye and makes little sense.  You might have provided the key that unlocks the mystery here, Ben.

As for the threats, let’s see.  You did the right thing passing them on.

Anonymous said…
This is what happened.

The Royals were pissed off, so they sent their agent to kill her as revenge.

Or someone from hospital was paid to kill.

Things the media fail to report are: When it happened, where exactly in the hospital, were the cameras on, why isn’t footage released, why isn’t an autopsy done?

Add to the above list was she in good health at the time of death. Did she have any sort of terminal illness. When will the body be released. Will relatives in India be allowed to her returned and buried. And, will they allow an autopsy in India.
We’ve seen all too often this scenario played out and read it like a book.
The Tap Blog is a collective of like-minded researchers and writers who’ve joined forces to distribute information and voice opinions avoided by the world’s media.

13 Responses to “BREAKING: “LEVESON IS GOING TO SET YOU UP” source inside Leveson Inquiry tells Ben Fellows”