Hi TAP,
Yesterday the 30th November 2012 I spent eight hours with a Police Officer making a statement against Cabinet Minister Kenneth Clarke MP. It’s official! Now that the Police can investigate, let’s see what happens.  I’m willing to go to court and see this thing through, win or lose.
All the best
Ben Fellows
info@thebenfellowsradioshow.com
www.thebenfellowsradioshow.com 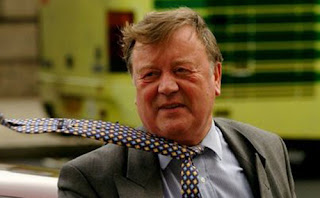 Presumably he’ll be interviewed and repeat his view that Ben has made a ‘wrong identification’.  Unless there are witnesses, the DPP will be unlikely to bring a case against Clarke with one person’s word against another’s.  Apparently there were other people there and a film crew when the ‘event’ took place.  As Ben says, let’s see.
COMMENT –
Tap: Ben said in a recent phone interview that there was video evidence obtained but have no idea if he’s handed this over to corroborate his evidence.

If other crew were there and witnessed it, has he forwarded their details to the police to again corroborate what he’s stated in his section 9?

TAP – he’d need to make copies, as evidence can be destroyed easily if a judge orders it, s with Steve Messham’s Polaroid pictures.

Today  we find out  that Steven  Messham who suffered the most appalling catalogue of abuse  whilst in the notorious children Home Bryn Estyn North Wales  does not have a lawyer!

He has been up against the might and power of Lord McAlpine, dragged onto Newsnight  vilified by David Rose in the Mail , shown photographs by the police with no-one to advise him.  No-one to represent his interests.

It is any wonder that we have seen Lord McAlpine crowing  and posturing of late  as he raked in  the bounty and his expensive lawyers threatened 10,000 twiiter users.  Whilst the  man responsible for his new increase in wealth had no legal advise whatsoever.

The firm writes: Steven Messham, whose claims of abuse at the Bryn Estyn home led to the infamous Newsnight broadcast that has plunged the BBC into chaos, has taken to Twitter to seek legal representation.

Last night Messham (@smessham) said he needed “a top lawyer on board”, and followed up be tweeting : “Let’s see who offers to help”. 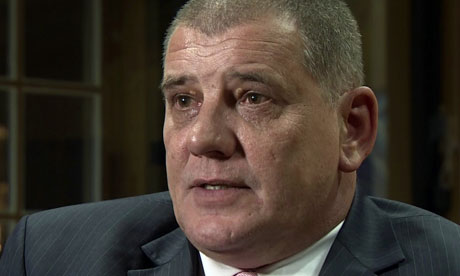 Messham’s accounts of abuse at the Bryn Estyn home were scrutinised in the original Waterhouse Report, which concluded 56 identifed paedophiles had perpetrated abuse there. The names of the alleged abusers were anonymised in the report.

Newsnight’s report into abuse claimed a former highly placed member of the Thatcher era Government was amongst them, leading to widespread naming of former party treasurer Lord McAlpine as the anonymous figure. McAlpine was not named in the programme, and the circumstances of how his name came to be associated with the Bryn Estyn investigation is subject to police and BBC investigations.

Lord McAlpine has instructed solicitors to pursue those who named him on social media, and has received financial settlements from the BBC and ITV and an unknown number of scared twitter users.

If Steven Messham had been afforded independent legal advice McAlpine and the paedophile apologists may not have been able to de-rail the focus from the actual horrific systematic Child Abuse   and the Elite Paedophile Ring supporting the abuse.

Steven Messham, who only took to Twitter last month, currently has 3,243 followers.

Judges, Barristers, Solicitors and Police officers have been accused of being implicated in the actual abuse and  the cover-up of the abuse  of children in North Wales and beyond. This  should not prevent Steven Messham  having legal advise from a good legal representative.

Come-on there must be a lawyer who is not implicated in the scandal  who can give advise to Steven Messham!