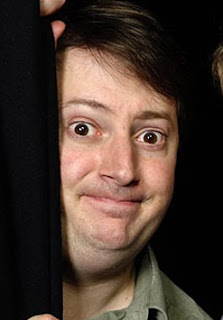 Earlier tonight I listened to BBC Radio 4’s Any Questions chaired by Jonathan Dimbleby. One of the questions was should those accused of child abuse be afforded the same anonymity as the alleged victims until they are convicted.

The audience questions on these panel discussion shows are often planted and always vetted beforehand, so we can be fairly sure that this question was part of a BBC strategy to generate an artificial clamour for the names of celebrities accused of paedophilia to be kept secret. In his line of questioning of the panellists, Dimbleby strongly implied that all of this hounding of celebrities and establishment figures was most unseemly.

He even wrongly reinterpreted the question to make it seem like the questioner was only calling for anonymity for those questioned, when in fact the question suggested that even those officially charged should be shielded from public view.

The audience (packed?) also seemed very sympathetic to the idea that accusations of celebrity paedophilia should not be made public. It seems there is a massive media mindscaping going on right now to paint those accusing bigwigs and celebs of paedophilia as deluded, hysterical and unjust.

To amplify this further: just now on BBC TV’s Have I Got News For You, David Mitchell, the BBC’s in house satirist (above) who was chairing the show made a nasty jibe about Philip Schofield. As with 9/11 truthers, the line coming from the mainstream media is that those who talk of establishment paedophile rings are not to be taken seriously.

TAP  –  NOW HERE’S SOMEONE WHO KNOWS WHERE ALL THE BODIES ARE BURIED.   ARE THE POLICE INVESTIGATING PAEDOPHILE SEX OFFENCES OR JUST SEX OFFENCES?  THE REPORTS DON’T MAKE IT CLEAR.JULIA –  GOOD OBSERVATION TAP, IS IT SEX OFFENCES OR PAEDOPHILE SEX OFFENCES? OR ARE THEY JUST TRYING TO BLUR THE BOUNDARIES? ARE THEY JUST TRYING TO NORMALISE PAEDOPHILIA? THE BBC ARE NOW DOING A RADIO PROGRAMME QUESTIONING WHETHER PEOPLE WHO VIEW IMAGES ARE ABUSERS. This whole paedophile explosion could go one way or the other. The elite are using the publicity to make paedophilia a normal acceptable part of everyday society, just like the common cold now is.
And some of us are fighting to bring down the global elite paedophile network.
Somewhere in the middle, there are people trying to equate paedophilia with homosexuality. Possibly they are trolls. Paedophilia is sexual abuse of children against their will. Children are deemed not able to give their consent to such an act, rightly so. Paedophiles can be either gender attacking either gender of child. Homosexuals are consenting adults of the same gender.