Hi Tap,
This is a story I’ve just posted about nurse Jacintha. According to this BBC journalist the story and the recent US massacre doesn’t make sense. I know you are really busy but if you could repost this it would be much appreciated.
http://beforeitsnews.com/media/2012/12/the-jacintha-saldanha-story-doesnt-make-sense-says-bbc-2450534.html
All the best
Ben Fellows

TAP – Interestingly I see Julius Abraham works for BBC Ujima Radio Bristol where the partner of Jacintha is supposed to have lived.   Julius, if you want to spill beans, do it quick. 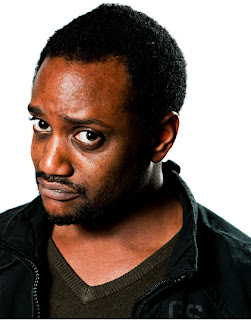 The BBC contacted me yesterday and sent me the following email. …Of course the darker side of this story (and of course I’m probably going to be accused of being a conspiracy theorist) is that this is an attempt by the BBC to try to draw me out into a conversation about the terrible tragedies of Jacintha Saldanha and the recent US massacre as a back door to talking about my allegations against Kenneth Clarke MP.

TAP – But Ben.  What if Julius just means what he said?

BY CHANCE, WASP has sent in a piece on the same topic – how most news is propaganda.
When key elements of the story keep changing, something is fishy

Hi Tap, I have been taking a bit of a rest from Blogging, & carrying out some research into stuff I am interested in.

I came across a few  articles, I thought  quite interesting, one  covers much of the material I have given Reference to in previous Posts. MIND CONTROL & MANIPULATION.
This is a Highly Controversial Subject, particularly in the Wake of Recent Shootings in The States.
This in my opinion was to Mold Public Opinion against the 2nd Amendment, The fact that so many People own Guns in The States, is probably the only thing that has stopped the Globalist’s, from a Total Takeover. I am of the op[inion that TPTB activate SLEEPERS to carry out their Clandestine Tasks. CRIMINALS WILL ALWAYS GAIN ACCESS TO GUNS, there is very little done in once “great britain”, to bring those who illegally own guns under control. Gun Control will concentrate the ownership of guns into the hands of Criminals, & Gangs. We are not looking at a ‘Level Playing Field’, & there has been Manipulation of The Press.

As always, when violent shootings take place, honest journalists are forced to ask the question: “Does this fit the pattern of other staged shootings?”

One of the most important red flags of a staged shooting is a second gunman, indicating the shooting was coordinated and planned. There are often mind control elements at work in many of these shootings. The Aurora “Batman” shooter James Holmes, for example, was a graduate student actually working on mind control technologies funded by the U.S. government. There were also chemical mind control elements linked to Jared Lee Loughner, the shooter of Congresswomen Giffords in Arizona in

Eyewitness reports of a second shooter now being “scrubbed” from the news
As the story of this shooting was first breaking, the news was reporting a second gunman.
FoxNews reported that this second gunman was “led out of the woods by officers” and then questioned. The original source of this report was the Connecticut Post.
A local CBS affiliate was also reporting the existence of a second gunman and said “Police believe there may be a second gunman and are looking for a red or maroon van with its back window blown out…”
Learn more: http://www.naturalnews.com/038352_school_shooting_lone_gunman_media_cover-up.html#ixzz2FDhSriyN

When key elements of the story keep changing, something is fishy
Why is there always a second gunman in these recent mass shootings that seem to be engineered to maximize emotional shock value due to the sheer horror of all the innocent deaths?
Mind Control, however, is used in other ways as well, it is quite staggering how much Clothing, Shoes & Consumer Goods, the Average Family Discards, much of which is in no way worn out, or is unusable. They are Slaves to the God of Consumerism, &  Spurred on by Worshiping, their CELEBRITY ICONS, the Industries Trend Setters, who they Emulate.
Kendall Jenner, Kylie Jenner,  Kim Kardashian, Paris Jackson, Kanye West, etc., are fed to you for a purpose, if you follow their life styles, & listen to the rubbish they spout off about, you are not going to think, of more important issues. John Lennon was one of those Trend Setters, who didn’t quite “Cut The Mustard” for them.  He was encouraging followers to think about Deeper Issues, this was another reason why he had to be Eliminated.
MIND CONTROL IS THE MAIN TOOL TPTB USE TO  SUBJUGATE THOSE THEY WISH TO ENSLAVE.
NOTHING WILL EVER IMPROVE FOR US WITHOUT THE REMOVAL OF THE CAUSE, AS YET PEOPLE REFUSE TO SEE WHAT THAT IS.  The cause is the propagation of the Myth that ROYALTY ARE DEVINE RULERS, & SPECIAL.
Why is that ask yourself. The last Coronation, saw one part that was not  filmed, the reason being that the Secret Ritual Performed was The Sign of The Lesser Banishing Pentagramme, nothing too Christian about that. Although my background is that of High Cof E, I would best describe myself as a Theist Eclectic, but in many ways I am far more Religious than many who Purport to be, for Religion of any sort is a Control System. Marx said it was The Opium of The People. Conventional Religion is now being replaced by the ICONS, of CONSUMERISM, not a lot of difference from that of WORSHIPING PAGAN ICONS, if you think about it. Does carrying out this Ritual make them superior, to us? I think Feynman’s  The Hat’s statement will give you the correct answer.
Mind control has been used to convince people of the Western World they Live in a Democracy, this is a Total Illusion,  THAT WHICH YOU HAVE YOU DONT SEEK TO ATTAIN. Step outside their Parameters, & you will soon find out you don’t live in a Democracy
ROYALTY ARE PART OF THE ILLUSION, they wish to consolidate their position of Feudal Control, but the Sheeple who Worship them can’t see through this Illusion, of The  Mind Control.
Royalty are Tools of the Next layer of Power Brokers, The Banksters, they in Turn are Puppets of Those Above Them, Analogous to RUSSIAN DOLLS, each one fitting neatly inside it’s  predecessor. I will elaborate on this at a later DATE.
LEAKED NORTH KOREAN DOCUMENTARY ‘EXPOSES WESTERN PROPAGANDA’ (AND IT’S SCARY HOW TRUE IT IS)
This will show you how The Smoke & The Mirrors are used to Control You
The tactics of fear and religion to manipulate the masses, as well as a complicit, paid-off media used by the the 1% to show you what they want you to see, and teach you what they want you to believe, from a very early age, while giving you colorful distractions to keep you from thinking about the bigger problems, are all touched upon.
HERE IS YOUR DOLLY BIRD, A MOST IMPORTANT ASSET IN THE OPERATION.

One of the best parts of the film is it’s annihilation of celebrity worship culture; talking about Madonna and Brad and Angelina’s “shopping for children in third-world countries”, western obsession with the glamorous lives of celebrities and self-absorption while ignoring the plight of the homeless and the suffering, celebrities being tools of commodification to the point that they often don’t even realize it.
Here is The Video which I believe is no longer available on YouTube, so watch it while you still can, here is a Live Link  PROPAGANDA FULL ENGLISH VERSION
REGARDS  …………  WASP

Andrew
The Tap Blog is a collective of like-minded researchers and writers who’ve joined forces to distribute information and voice opinions avoided by the world’s media.