like most of the nation, my heart is heavy with mourn and sorrow for the innocent lives lost today…..so many people live in fear and pain, fear of what could, or might happen, fear of the unknown…but at the end of it, we are only promised one day at a time…and I for one am working on keeping mindful and being thankful for each moment, one step at a time…not being anxious of things that could, might, or might never happen…don’t let tomorrow’s pain rob you of today’s joy…since in an instant, it can all be gone and then what does it matter?….praying for many people tonight….our worlds will go on, Saturday will come…but for many people the world as they knew it has stopped…in an instant changed forever…..and as unfortunate as it is, life does indeed go on after death..and whether or not you or I are here…. another day will come….so as best as you can, try to stay triumphant and try really hard not to let someone or something rob you of your joy…because in the end joy is all we’ve got….weeping will endure for tonight…but joy will come, maybe not tomorrow, but it will come 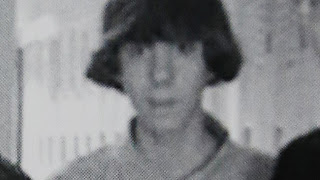 On the subject of Economist (off topic, but you haven’t started a thread on the shootings yet).

TAP – we’re away for weekend and internet connection is slow here.  The school killings are usually drug related and possibly mind controlled.  The program to get rid of the right to bear arms so they are bound to engineer lots of Aurora and school killings to give them the excuse they are looking for.

Growing up I thought it was crazy people could bear arms, especially due to the very high murder rates in the US.

But, America was a modern country set up from scratch. The reason that right is their is to stop governments from becoming out of control and tyranising its people. Something that is likely to get worse. 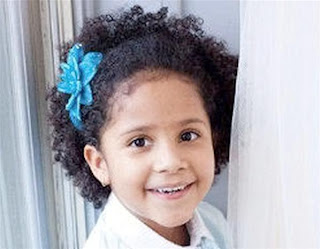 So I can understand why many Americans do no want to give up that right.

Sorrry to spam comments off topic, but like I said no threat on this.

How The CIA Trained Shooter In Connecticut! Shooting Tied To European Court Ruling Against The CIA!

Wreckless Faith
By now, all of America has heard about the shocking school shooting in Connecticut; what most Americans have not yet realized is that this shooting is another ‘false flag’ event designed by the CIA and the SADISTIC criminals within the United States government to institute TOTAL CONTROL over the masses. Yes, this shooting is another shocking example of exactly how EVIL these people are; the mere fact that they would MASSACRE school children to achieve their goals of the disarmament of the American public is absolutely attrocious. These people MUST be stopped at all costs! It is not a coincidence that this has occurred the same day that a European Court has handed down a ruling against the CIA, labeling them as torturers and condemning extraordinary rendtion. Freedom in America and therefore the entire world will not survive as long as these EVIL henchmen are permitted to continue to implement their agenda. From Wikipedia:

Project MKUltra was the code name for a covert research operation experimenting in the behavioral engineering of humans through the CIA’s Scientific Intelligence Division. The program began in the early 1950s, was officially sanctioned in 1953, was reduced in scope in 1964, further curtailed in 1967 and officially halted in 1973.[1] The program engaged in many illegal activities[2][3][4]; in particular it used unwitting U.S. and Canadian citizens as its test subjects, which led to controversy regarding its legitimacy.[5][6][7][8] MKUltra involved the use of many methodologies to manipulate people’s individual mental states and alter brain functions, including the surreptitious administration of drugs (especially LSD) and other chemicals, hypnosis,sensory deprivation, isolation, verbal and sexual abuse, as well as various forms of torture.[9]
The scope of Project MKUltra was broad, with research undertaken at 80 institutions, including 44 colleges and universities, as well as hospitals, prisons and pharmaceutical companies.[10] The CIA operated through these institutions using front organizations, although sometimes top officials at these institutions were aware of the CIA’s involvement.[11] MKUltra was allocated 6 percent of total CIA funds.[12]
http://www.wrecklessfaith.com/how-the-cia-trained-shooter-in-connecticut-shooting-tied-to-european-court-ruling-against-the-cia/
The Tap Blog is a collective of like-minded researchers and writers who’ve joined forces to distribute information and voice opinions avoided by the world’s media.

7 Responses to “Another school massacre engineered to push gun control”