This came in from comments. The video covers a lot of ground, including the suggestion that Bill Clinton is the son of Winston Churchill. Churchill died in 1965. Clinton was born 1946. His official ‘father’ died in a car crash before he was born. Hallet says that history has four levels – There is what really happened, then the official history, counter-intelligence cover-up history, and the real explanation as to why history happened the way it did.

The Churchill bit goes as follows. 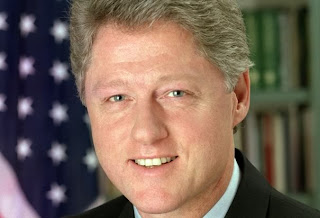 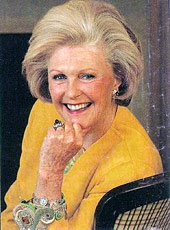 Hallett says –  Bill Clinton was born in Britain, as the son of Pamela Digby Churchill, and her father-in-law Prime Minister Winston Churchill

TAP – I’m not so sure about the Churchill bit.  Try Baron Elie de Rothschild.

In 1945, Pamela and Randolph Churchill were divorced. Pamela’s relationships with wealthy married men were well-known in English society, so she decided to head to Paris for a fresh start. Leaving her son Winston behind in the country, she settled down in Paris. She soon met the young Gianni Agnelli, heir to the Fiat fortune, who was intrigued by this woman who had so many powerful men at her beck and call. Although Pamela was received an annuity from both Jock Whitney and Averell Harriman, she desperately wanted to get married again. She even converted to Catholicism, hoping that Agnelli would pop the question. However, Agnelli had no desire to marry his mistress, not even when Pamela tried to make him jealous by having flings with Aly Khan and Stavros Niarchos. His sisters also didn’t like Pamela.

Pamela then moved on to Baron Elie de Rothschild of the famous banking family, who liked to call Pamela his “European Geisha.” Married to his cousin, with three children, Elie wasn’t about to divorce his wife and marry Pamela either. He found it amusing to have as a mistress a woman who had slept with so many powerful men. His wife, Liliane didn’t find it so amusing, she once bashed her car into Pam’s Bentley. Although like Agnelli, he to supported Pamela in the style to which she had rapidly become accustomed too. Pamela held the men in her life by taking up their interests, molding herself to their culture and by focusing her attention of them completely to the exclusion of everything else. With Agnelli, she even developed an Italian accent; answering the phone ‘Pronto Pam.’ Once she had moved on to Rothschild, it became ‘Ici Pam.’ She also made herself useful to them, by providing them with contacts in business, politics, and society. Smart as a whip, although not an intellectual, she managed to stay friends with all her former lovers, except for Rothschild, doing them little favors. For instance, she helped Jock Whitney buy jewelry for his wife.

By the end of the 50’s, Pamela knew that her days were numbered as a mistress. She was fast approaching forty. She needed to get married. Her days in Paris over, and feeling out of place in England, there was only one place that Pam could go and that was the land of opportunity, America.

TAP.  this story suggests that Rothschild was more likely Clinton’s father.  I mean Baron Elie.  Winston Churchill was son of Edward 7th, who was grandson of Nathan Mayer Rothschild, father of Queen Victoria.  Clinton would be therefore a royal cousin, descended from Amschel Mayer Rothschild.

8 Responses to “Was Baron Rothschild the father of Bill Clinton?”