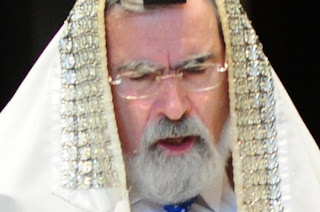 He gave the game away.  Gaza is being used to start a major regional war, with both sides controlled by the Rothschild Zionsists.
Don’t tell the peasants/goyim.

Sacks, seemingly unaware that he was live, said “I think it’s got to do with Iran, actually”, before Davis’ co-presenter Sarah Montague whispered: “We, we’re live.”

His tone then changed markedly and he called for “a continued prayer for peace, not only in Gaza but for the whole region, no one gains from violence”.

Time to break the taboo and say what Gaza is: a concentration camp

WHY IS THE WORLD ALWAYS AT WAR?

Tap,
Here is fairly long overview, comprising extracts from a book I have recently read.  The extracts come to 7,000 words (originally much more).  I hope that’s ok for a one-off Tap super-post !   I don’t really want to go through all it again.  If it’s just way to big for a Tap post, is there somewhere else you would be able to post it, as a link from The Tap?
World Revolution was written by Nesta Webster in 1922.  It was the follow up to her previous book called, (I think) The Origins of The French Revolution, a copy of which I have not yet been able to obtain.
World Revolution details the fact that all revolutions are part of the same revolution, the process beginning with the French Revolution in 1789.  Secret societies have controlled and directed this process from the start and, I believe, do so to this present day.
The whom are accused damn themselves by their own words, as many of their letters and speeches are quoted throughout the book; the likes of Adam Weishaupt, Marx, Bakunin et al.
This book should be available as a free PDF download.
If you’re after a ‘quick-hit’, go straight to the conclusion.

3 Responses to “The whispering rabbi”