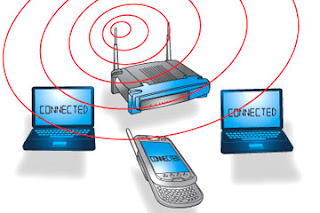 TAP – we turned our wifi off last night as Shane’s been getting headaches and insomnia.  Although it’s downstairs,  it’s not far away, maybe three metres from our heads.   She was much better this morning.  That said there are three full strength wifi signals coming through the walls from neighbours, and a mobile mast about 250 yards away.  We might need to set up more defences yet.  In the video one poor chap has metallic sheet in his roof and metallic glass which lowered the wifi attack, which had caused him to get cancer.

RESONANCE – BEINGS OF FREQUENCY from james russell on Vimeo.

This came into comments.  I’ve only watched ten minutes but it’s already been fascinating.  The commenter said everyone should watch it to understand what’s happening to our environment, how life is created, why bee colonies are collapsing,  how millions of people all over the world are not helping themselves as regards cancer and many other diseases.

There are a million times more emfs in the environment than there were thirty years ago.

RESONANCE is a sensational eye opening documentary which reveals the harm we are doing by existing in an ocean of man made wireless frequencies.
Two billion years ago life first arrived on this planet; a planet, which was filled with a natural frequency. As life slowly evolved, it did so surrounded by this frequency. and Inevitably, it began tuning in.
By the time mankind arrived on earth an incredible relationship had been struck; a relationship that science is just beginning to comprehend.
Research is showing that being exposed to this frequency is absolutely integral to us. It controls our mental and physical health, it synchronizes our circadian rhythms, and it aids our immune system and improves our sense of wellbeing.
Not only are we surrounded by natural frequencies, our bodies are filled with them too. Our cells communicate using electro magnetic frequencies. Our brain emits a constant stream of frequencies and our DNA delivers instructions, using frequency waves. Without them we couldn’t exist for more than a second.
This delicate balance has taken billions of years to perfect. But over the last 25 years the harmony has been disturbed. and disturbed dramatically.
Mankind has submerged itself in an ocean of artificial frequencies. They are all around us, filling the air and drowning out the earth’s natural resonance.
To the naked eye the planet appears to be the same. But at a cellular level it is the biggest change that life on earth has endured; the affects of which we are just starting to see and feel.
The Tap Blog is a collective of like-minded researchers and writers who’ve joined forces to distribute information and voice opinions avoided by the world’s media.