AT OUR CHILDRENS HOME IT WAS VERY DIFFERENT, NO MASKS OR BLINFOLDS; WE WERE JUST TOLD YOU WILL DO THIS OR YOU WILL BE TIED AND DROPPED OFF THE SIDE OF MY YACHT WITH BRICKS IN YOUR POCKETS.

AFTERWARDS WE OFTEN COULD NOT WALK WITH THE PAIN BUT WE ALL FELT REAL FEAR.

WE WERE TOLD IF WE SPOKE OUT WE WOULD BE KILLED SECRETLY; KEEP QUIET AND YOU WILL HAVE POCKET MONEY AND SWEETS.

YET WE SAW BIG MONEYS BEING PAID FOR US, NO ONE BELIEVED US. 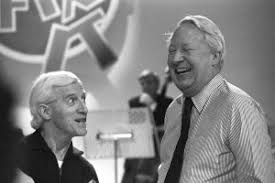 From The News of the World:
“CHILDREN from the Jersey House of Horrors were loaned to rich paedophile yachtsmen as galley SEX SLAVES, a News of the World investigation reveals.
“The youngsters were told by care staff the boat rides were treats—only to be assaulted and RAPED at sea by pervert toffs…

“One of the most serious lines of inquiry in the investigation is that children were regularly loaned to wealthy yachtsmen to “do with them what they chose for the day,” according to our source close to the investigation.
“Haut de la Garenne staff described the trips as a treat for children who spent long hours cooped up at the home. But in reality the kids were subjected to the vilest sexual abuse on board the luxury boats.
“Our source said: “The allegations about the yachting community have come in from a number of different people…”

How can we ever get out of the paedophile Satanic quagmire?

PM David Cameron has postponed his EU referendum pledge — fearing it would upset other European leaders ahead of a budget showdown.

His long-awaited offer to give Britain a say on our membership may be delayed AGAIN if there is no deal at the Brussels cash summit next week.
The Premier has been dropping hints for months over a possible referendum, saying there will have to be “fresh content” on a Europe reshaped to tackle the debt crisis.
He originally planned to deliver it as a 2015 election manifesto promise at October’s Tory conference, along with a vow to win back key powers.
But on Foreign Office advice, he delayed the speech until December.
Mandarins warned him that many of the other 26 EU countries will be enraged by any British sabre-rattling.
If next week’s budget summit fails, a second one will be held, probably in March 2013.
Senior No10 sources last night admitted the PM’s EU speech may slip to January next year — but no later.

Maybe he’s not a paedophile.  He is probably a Satanist

who attends child sacrifice rituals.  You don’t get to be


Hitler’s daughter will be weaving him into her European

Superstate one way and another.
Read more: http://www.thesun.co.uk/sol/homepage/news/politics/4643196/PM-David-Cameron-postpones-his-euro-referendum-pledge.html#ixzz2CBur6IE3