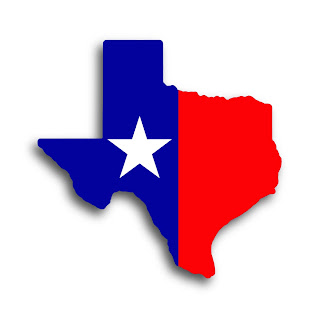 Advertisement
As of Saturday November 10, 2012, 15 States have petitioned the Obama Administration for withdrawal from the United States of America in order to create its own government.
States following this action include: Louisiana, Texas, Montana, North Dakota, Indiana, Mississippi, Kentucky, North Carolina, Alabama, Florida, Georgia, New Jersey, Colorado, Oregon and New York. These States have requested that the Obama Administration grant a peaceful withdrawal from the United States.
These petitions were filed just days after the2012 Presidential election.
Louisiana was the first State to file a petition a day after the election by a Michael E. from Slidell, Louisiana. Texas was the next State to follow by a Micah H. from Arlington, Texas.
The government allows one month from the day the petition is submitted to obtain 25,000 signatures in order for the Obama administration to consider the request.
The Texas petition reads as follows:
The US continues to suffer economic difficulties stemming from the federal government’s neglect to reform domestic and foreign spending. The citizens of the US suffer from blatant abuses of their rights such as the NDAA, the TSA, etc. Given that the state of Texas maintains a balanced budget and is the 15th largest economy in the world, it is practically feasible for Texas to withdraw from the union, and to do so would protect it’s citizens’ standard of living and re-secure their rights and liberties in accordance with the original ideas and beliefs of our founding fathers which are no longer being reflected by the federal government.
As of 12:46 am, Sunday, signatures obtained by Louisiana, 7,358; Texas, 3,771; Florida, 636; Georgia, 475; Alabama, 834; North Carolina, 792; Kentucky, 467; Mississippi, 475; Indiana, 449; North Dakota, 162; Montana, 440; Colorado, 324; Oregon, 328; New Jersey, 301 and New York, 169. Many more States are expected to follow.
A petition is not searchable at WhiteHouse.gov until 150 signatures have been obtained. It is the originator’s responsibility to obtain these signatures.
The Texas petition can be reviewed and/or signed by clicking here

ALSO – some very odd things are going on within the US military.  I don’t believe these reports at all, but there must be some fire for so much smoke to be visible.  If serving admirals were refusing to start wars, that would not surprise me, but suggesting this is a democrat/republican tussle just doesn’t wash.
http://www.veteranstoday.com/2012/10/31/press-tv-us-military-planned-mutiny-on-the-bounty-to-topple-obama/

Then you see all the reports about David Petraeus, head of CIA, having a mistress….shock, horror.  Why are they revealing that?  Why would he bave to resign over that minor matter?  It seems more likely that he was sympathetic to the admiral refusing to start a war in Iran.  The high cabal wants some dumbass prepared to fire a false flag nuke at Tel Aviv, and they’ll keep firing top brass until they find an ambitious crazy prepared to burn millions of human souls for a pay rise.

Couple all this with what was clearly a deliberate in-house killing of the American Ambassador in Benghazi, and you have to admit, summat’s cookin’.  The only question is what exactly. No wonder the elites are so keen to get martial law established in the States, and WW3 rolling.  And no wonder the military doesn’t share the same enthusiasm.  Whatever all the trouble is made up of, Texas and fifteen other states want out of the whole goddam nightmare.

2 Responses to “Will The United States survive?”