Simon Dee was probably British TVs first sixties superstar, he invented the persona of the trendy talk show host and perfected it as a radio DJ, the public absolutely loved him but the TV pundits did not like his cozy fireside style, Dee was a big high earning star in the same mold as Jimmy Savile, but luckily Dee’s tastes were normal, he loved Hollywood actresses and they loved him, his TV shows were watched by an astonishing 18/20 million people before his fall from grace, he was called the man with the charm and “Mr. Saturday night television “.
Seen regularly in the stars car of the moment his E type Jaguar with his then girlfriend Joanna Lumley.

He insisted on playing Cliff Richard records after Cliff had appeared on the “watch” list of BBC “iffy” performers, and he complained to the BBC about other DJs such as Allan Freeman and Jimmy Savile being “too friendly with the kids”.

Simon Dee served out his National Service time in a RAF photo-reconnaissance unit photographing sites during the 1956 Suez crisis for the Cyprus intel post, and guest’s such as actor George Lazenby who spoke about the strange death of president JFK upset Bill Cotton the BBC head of light entertainment who said he would cut Simons pay by 20% as punishment. An argument followed in which it is alleged Simon wanted a huge raise, so Simon was sacked and joined radio Caroline and Simon compared British Prime Minister Harold Wilson to Chinese communist leader Mao Zedong, Simon used his knowledge of his time in RAF intelligence and intercepted phone calls to put down the British leader on radio and support the Conservatives, Simon claimed there was a plot against him, as bizarre rumours appeared in the press about his personal life, it was later confirmed there was indeed an establishment plot to discredit him.

After doors closed for him in entertainment he seemed to be in trouble almost by the week as the press hounded him, he also had several court appearances for trivial matters and in 1974 served 28 days in prison for non-payment of rates, every time he left his cell the prisoners would all shout his TV call sign ” iiiitttsss Simon Deeee”.

On another occasion he vandalised a toilet seat with singer Petula Clarks face on it, the magistrate who delighted in sentencing him was his old boss Bill Cotton.
The pirate radio ship was fronted by an Irishman and secretly financed by the same CIA grouping behind Amnesty International, and Simons comments upset the CIA who put pressure on the BBC to get rid of Simon.

Simon Dee lived out his last lonely days in a tiny flat in Winchester, and cut an anonymous figure, far removed from the star that was mobbed on the streets in his E Type and Aston Martin.

As ill health swiftly swept over him in his new solitary life he had no regrets about doing what he felt was right. Just before his death Simon who lived alone, in his first interview for 20 years, he said: “Sadly, honesty and intelligence have vanished from national TV. “Truth, interesting stimulating conversation and above all, real ‘show business’ has been replaced by seedy juvenile ‘reality’ shows and endless audition programmes. “We need to remember what original entertainers and entertainment is all about.

His daughter Domino Henty-Dodd said her father was diagnosed a matter of weeks ago and could not be treated.
“It happened very, very quickly,” she told BBC News. “He was dearly loved by his family.”
Friends previously told how he was admitted to hospital near his home in Winchester, Hants, in recent weeks.
His condition deteriorated and it was understood that his cancer is so advanced that it is beyond treatment.

Dee was also seen on early episodes of Top of the Pops and had cameo roles in the films The Italian Job and Doctor In Trouble, Liz Hurley has said the Austin Powers movie character was based on Simon Dee.
Because of his bitter views about left wing leader Harold Wilson it was suggested by insiders that he was indeed killed off as he refused to remain silent.
Simon Dee died in August 2009
T Stokes London

TAP – I spoke with Simon (Nicholas Henty Dodd) a couple of times about his eurosceptic views a few years ago, and enjoyed his personality greatly.  He wanted to lend his weight to the ‘Save The British Hallmark’ movement, the campaigns end of which I was leading at the time.

Anybody with their own views in the media isn’t tolerated for long.  Simon Dee at least survived to a reasonable age.  His fall from supreme media position never stopped him from  being himself, and refusing to compromise to the wishes of the powerful.   There was no way back into fame, of course, when he kept refusing to obey the wishes of the cartels and the secret services.  It’s interesting that he knew about the paedophilia going on with Savile and others.  He spoke up but nothing was done, when it could have been fifty years ago.   Normal people don’t fit in with the power system.  They need perverts to keep in check with the threat of exposure.  If Simon Dee had lived, he’d have made a great blogger.  It wasn’t to be. 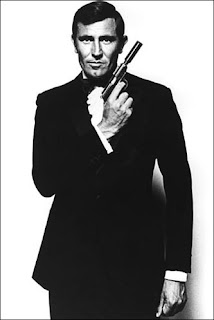 Guardian –  When Dee fell out with his new bosses, the latenight Sunday show was axed. This followed the broadcast of an interview with the new Bond actor George Lazenby, who used the programme to make claims about American senators he believed to have been involved in the assassination of President John F Kennedy. Dee’s fall from grace proved at the time to be one of the fastest and most sudden in broadcasting history. His career was over, never to be revived.

TOM WATSON’S PETITION TO DAVID CAMERON FOR A

COMMENT from Charles Frith –  Tony Blackburn in this clip says that Simon Dee refused to interview Garry Glitter. Part one is also a must listen. What happens when you don’t play ball with the Media and the snoops.

and SIMON making it fun……

6 Responses to “Simon Dee told the BBC Freeman and Savile were ‘too friendly with the kids’.”