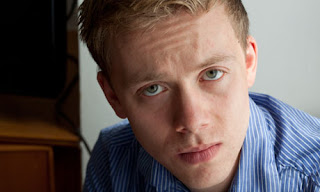 The British Public Support the Palestinians

Having been horrified by BBC News coverage of the Gaza ‘conflict’ or ‘war’ over the past week, I watched Question Time last night with some curiosity to see if any kind of alternative view was expressed by the public. For myself and many others, Question Time is usually a brain-dead Zion-friendly horror show. The audience is packed with local representatives from the three main parties and we tend to always hear presentations from a strongly pro-Jewish contingent (I’m not blaming the BBC or David Dimbleby for this. It is simply that Sayanim are active in national politics in a way that most of the rest  of us are not).

Then, blow me down, last night one of the PANEL, a young fellow called Owen Jones, lit the crowd up with some plain speaking and plain truths about Gaza (very much in contrast with the Conservative, Labour and Lib Dem professional politicians on the stage who mouthed the usual guff about Israel’s right “to defend itself”). After his follow-up contribution (not included in this YouTube clip but on the BBC iPlayer link below) the audience roared its approval.

All the media’s efforts to get us to empathise with Israel seems to have failed. We look at the situation and all the spin in the world cannot conceal who are the real victims in the unholy land of Israel.

We empathise with the Palestinians.

Jewish spokesmen are losing the game. For instance, they are killing their case often (bizarrely) by the vehemence of the way they will insist that Jews care more for the lives of Gazan children than Hamas (the point that any normal human being reaches for the sick-bag). I heard this said on the BBC by an interviewee in Tel Aviv a few days ago and twice on radio phone-ins yesterday.

Is it possible that people exposed to Orthodox Talmudic ideology their entire lives come to believe what that hideous satanic religion actually teaches? ……. that only Jews are human? That all gentiles are spiritually worthless ‘cattle’? Might they one day recognise that they (like the rest of us, but more so) have been brainwashed by Talmudic/Frankfurt-School-Inspired ideology from the day they were born?

Regarding Jones, on domestic politics he is “on the left” and he talks the usual left-right robo-speak.

However, credit where it’s due.

Well done Owen and thank you.