ALERT: Get ready to be BLOWN AWAY by the latest OUTRAGEOUS news: While
the whole country was distracted with a Killer Storm and a Killer
Presidential Election, Barack Hussein Obama was continuing with his
plans to initiate MARTIAL LAW! 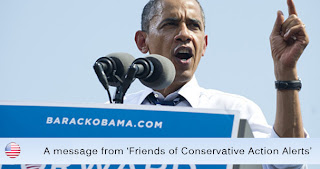 The latest headlines are almost unbelievable:

The news article only gets worse: “While all eyes were on Hurricane
Sandy in the days leading up to the storm’s breach on the mainland of
the Northeast, the White House was busy devising new ways to enslave
Americans under the guise of protecting national security. On October
26, 2012, Barack Obama quietly signed an Executive Order (EO)
establishing the so-called Homeland Security Partnership Council, a
public-private partnership that basically merges the Department of
Homeland Security (DHS) with local governments and the private sector
for the implied purpose of giving the Executive Branch complete and
limitless control over the American people.”