There is a huge industry out of control in Britain.  It’s called child ‘care’.  The state pays £200,000 a year for every child removed from its parents – a £1 million plus bonus for every one, lovely money for greedy corporations, sweet victims for the paedophiles who populate the ‘care’ system – and the MPs, Judges, Police and Jimmy Saviles, who salivate at the idea of raping children.  The victims who speak out are never heard.  What a ******* country we live in. 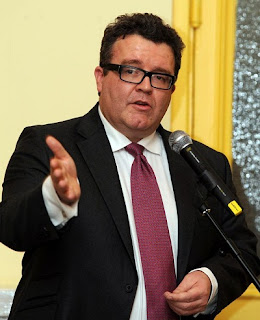 The one MP who dared to ask a question says he is being threatened and told to go quiet.
Tom Watson MP.


The legal profession protects the paedophiles, and the victims who speak out have a nasty habit of not living all that long.

More children should be in care, say MPs

Continue reading the main story
More children at risk should be put into care, says a committee of MPs examining child protection in England.

Well, they need to watch this video and

BBC – They warned that too often the benefit of the doubt was given to neglectful parents who then failed to improve.
The MPs also said there was insufficient support for older children, particularly when vulnerable youngsters left the care system.
The government said any abuse was “unacceptable”, adding it was “mid-way through a major reform” of the system.
The report, from the House of Commons Education Select Committee, warned that too many children were being left in circumstances of “long-term, chronic neglect”.
MPs suggested that too often their parents were given multiple chances to change – at the cost of their children who were left without the support and safety they needed.

Rather than social services being too quick to act in removing a neglected child from a family, the report found that in practice there was too much of a presumption to leave the child with the family.
These parents, who might have their own problems with alcohol or drug abuse, were too often “monitored” over many years by support agencies, rather than facing direct interventions.
Committee member, Ian Mearns, said: “There is a growing awareness that monitoring a family might not make much of a difference.”
Continue reading the main story

The report called for a more positive image for care services – which could offer a more positive outcome than leaving a child in a violent or destructive home setting.
With the scandals surrounding Jimmy Savile and high-profile grooming cases, there has been heightened concern about the exploitation of young people.
And the report raises concerns about a gap in provision for older children, which could leave them vulnerable to the predatory behaviour of adults.
“Care for older children is not good enough. They are let down too often, frequently ignored or not listened to, can be pushed out of care too young and insufficiently prepared and supported. This has to change,” said Mr Stuart.
While better-off families might expect to continue providing support for children into their twenties and beyond – the cross-party group of MPs argued that the most vulnerable children, such as those leaving care homes, often had the least support.
“For children who are the most damaged, parenting ends much earlier,” MPs reported.
Mr Mearns said that when children were “pushed out” of the care system at the age of 16 and left to look after themselves, it “shouldn’t be a surprise if things go wrong”.
Extending support services to look after older children would have a financial cost, the MPs recognised.
And they warned that pressures on local authorities should not be allowed to damage the capacity for early interventions in troubled families.
Delaying intervention and allowing problems to get worse would be a “false economy”, said Mr Stuart.
‘Major reform’
“Whatever your view on the cuts, it is essential that the children in our society most vulnerable to abuse and exploitation are not the ones to pay the price,” he said.
David Simmonds, chairman of the Local Government Association’s Children and Young People Board, pointed to the difficult balance in deciding whether to take a child away from a family – and echoed the concerns about budget pressures.
“Ensuring the safety of vulnerable children is one of the most important jobs councils undertake and social workers face incredibly difficult decisions each and every day about when to step in and remove a child from its family.
“Councils understand the importance of early intervention to prevent problems further down the line and are seeking to invest in this.
“But as the committee rightly points out, the current financial climate means councils are being forced to take extremely tough spending decisions.”
A Department for Education spokesman said: “It is unacceptable for any teenager to be abused or neglected. Children must be protected from harm whatever their age.
“As the committee notes, the government is mid-way through a major reform of the child protection system – so that each and every child gets the help they need, when they need it.
“The education committee has raised a number of important issues which need careful consideration and having considered these issues we intend to provide a full government response.”
Have you been affected by the issues raised in this story? If you are willing to be interviewed on BBC TV and radio please fill in the form below.