I USED TOWORK AT THE BBC AND STILL HAVE FREINDS THERE, THEY ARE FIGHTINGA REARGUARD ACTION TO SAY SAVILE ONLY ABUSED GIRLS, I ASKED WHY ? THE ANSWER IS THAT IF THE BBC ADMIT SAVILE ALSO ABUSED BOYS IT MAY DERAIL THE HOMOSEXUAL AGENDA,
I WAS STUNNED ! APPARENTLY THE GOVERNMENT WILL NOT ALLOW ANY BAD PUBLICITY FOR GAYS, THIS MEANS THOSE THAT WERE YOUNG BOYS ARE IGNORED, THIS IS WRONG WRONG WRONG.

Anonymous said…
But no one watched BBC anymore, its only the lowlife lager swilling football types, The amount of people who watch russia TV is astonishing, all the advertsiers are moving over to it as well, it comes to something when Russia, our enemy in the cold war gives us a more factual news than the BBC, no wonder the troops in W W II called it bullshit time !!!
1:15 PM 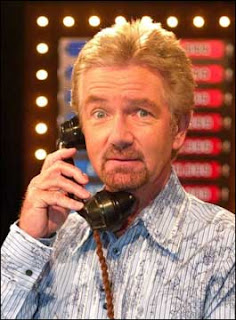 Anonymous said…
Anonymous – I still remember when Noel Edmonds was on the BBC mentioning that he won’t pay his TV Licence anymore. Whether he truly did stop paying is another matter, but his stance against the BBC is what counted:

If you watch the above video though, it’s the way the two news anchors and their body-language, are in shock and awe that somebody dares to stand up to the BBC. Very much a case that the BBC has become too big for it’s boots and overbloated on ego imho. Also, if you can bare to watch the BBC’s 24 hour news channel it’s just so dumbed-down and politically correct to the point where you wonder why you even bothered switching on the Tell-Lie-Vision in the first place. The alternative media is where you can start finding out what’s really going on in the world.